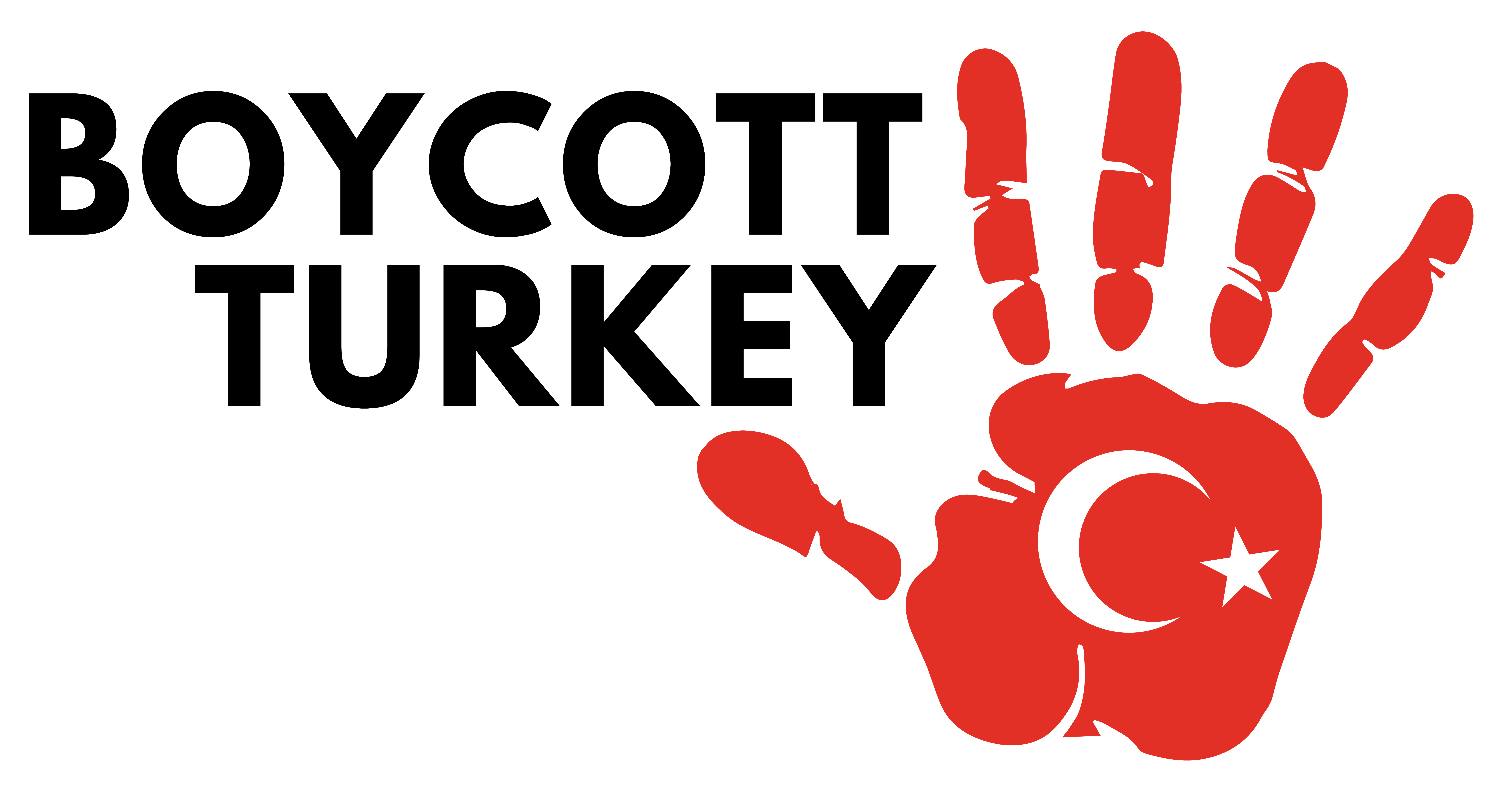 “Boycotting Turkey is not merely an attempt to economically disrupt a billion-dollar business empire that profits from massacre, authoritarianism and intimidation. It is also an ethical stance against the exploitation, terrorization and annihilation of the Kurdish people and other communities, targeted by the nationalist state mentality of Turkey. Boycotting Turkey means saying NO to the normalization and white-washing of dictatorship and genocidal politics.”

Turkey is a fascist state

The Turkish State was founded 100 years ago on the back of Armenian, Greek and Assyrian genocides. Many of today’s Turkish elite made their fortunes from the property of those who fled, or were massacred.

In 2015, peace negotiations between the Turkish State and the PKK collapsed. The state attacked the civilian population with a ferocity not seen since the 1990s. The military attacked towns and villages, installed rolling military curfews during which anyone seen on the street would be shot. Whole neighbourhoods and villages were razed to the ground.

Since a failed coup attempt in July 2016, an ongoing crackdown has seen hundreds of thousands of people arrested and dismissed from work; over 180 media outlets were shut down and hundreds of journalists arrested. No dissenting voices are tolerated. Turkey now has more journalists behind bars than any other country on Earth.

Turkish President Erdoğan has rewritten the constitution to give himself absolute power, and has imprisoned a large number of the political opposition.

The Turkish economy is highly dependent on tourism

Still, the number of foreigners visiting Turkey increased almost 22% from 2017 to 2018. The Turkish economy is increasingly reliant on tourism.

Tourism in Turkey funds genocide, ethic cleansing and war. There is a direct relationship between the tourist industry in Turkey, the Erdoğan regime and the arms trade. Money spent on your holiday may be spent on killing Kurds.

According to figures released by the Turkish Statistical Institute, in 2018 alone, tourism accounted for an income of $29.5 billion USD and the same year Turkey’s military budget was raised by 24% to $19 billion USD.

To put it bluntly: the more tourists enjoy Turkey’s beaches, the more Kurds will die.

Erdoğan’s power base is reliant on a stable economy

In May 2018, Forbes reported that “since Erdogan became President in August of 2014, the Lira has lost a stunning 56% of its value”, describing the Lira as Erdoğan’s ‘Achille’s heel’.

Erdogan’s power and stability is based, among other things, on the distribution of a lot of money to his supporters and followers. When the economy goes down, support for Erdoğan also falls. As Kurdish activist Ercan Ayboğa points out, “When he is not able to give money to his followers any more, the whole system can break.”

Boycott campaigns have a history of success

The boycott of South African goods, and the cultural and academic boycott campaign that was active from the 1960s to the 1990s is widely acknowledged to have played a significant part in ending the apartheid system in that country.

The Palestinian ‘Boycott, Divestment and Sanctions’ (BDS) movement to boycott Israeli goods and cultural products began in 2005, largely modelled on the South Africa campaign. has been very effective in raising awareness about the plight of Palestinians and in successfully pressuring international companies to pull out of their contracts on occupied Palestinian land.

“The boycott is important because the Turkish state finances it’s war and repression of the Kurds in Bakur [Turkey] and Syria with a lot of money. It’s very important that the Turkish State has less money for the repression of society and the Kurds, and for its wars. We have to attack it wherever we can, and to make the economy of Turkey as weak as possible.”