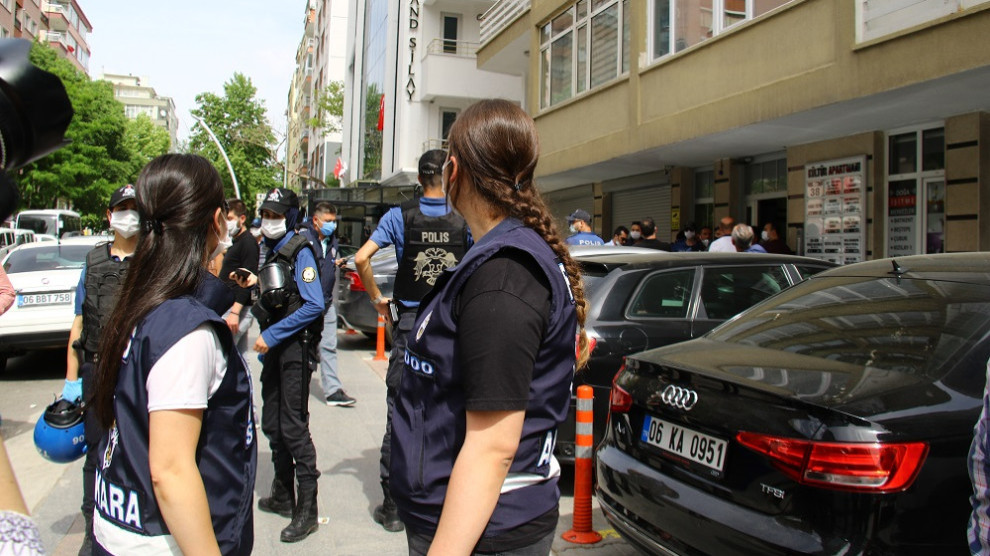 In response to recent undemocratic seizures of HDP municipalities by the state, party members had been due to make a press statement regarding the situation. Before the press statement could be read out however the building was attacked by police in an apparent attempt to silence democratic opposition to the regime.

Members of the press attempting to cover the attack have faced intimidation and obstruction by Turkish security forces. Reports suggest that the HQ is still under siege, with police officers surrounding the building. Party members inside have continued to protest the attack by chanting slogans condemning the fascism of the AKP party.