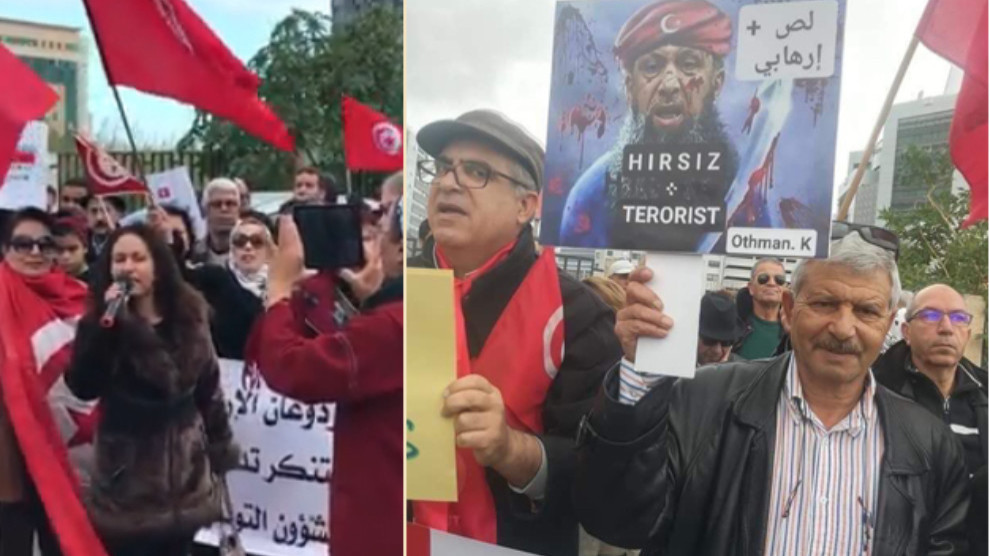 During a four-day visit to Tunisia by the Turkish president Erdoğan, which began on the 25th of December, Tunisian protesters took to the streets to denounce Erdoğan.

Tunisian activists protested the “Turkish intervention” in Libya. Calling for a negotiated solution in Libya, the crowd pointed out that the country has already suffered heavy losses and harms because of foreign interventions.

A banner displayed by the demonstrators depicted the Turkish President with an ISIS-like beard and blood, defining him as “thief and terrorist”.

The Turkish state is engaged in a concentrated military cooperation with the Tripoli based Islamist government of Libya. The Erdoğan-controlled parliament of Turkey is expected to approve a mandate for military action for Libya in January.

The protests highlight the expansionist and militaristic bent of the Turkish state alongside its links to terrorist groups.