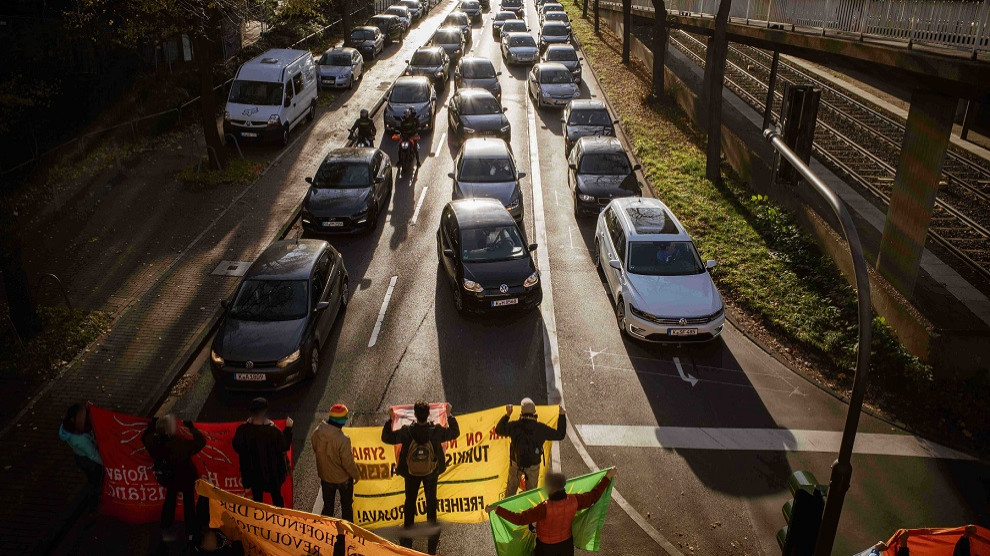 Kurdish youth activists in Cologne blocked a road outside of the city’s district court. The road block drew attention to the Turkish war of aggression in Northeastern Syria.

The blockade was part of the global #RiseUp4Rojava and #WomenDefendRojava campaigns in support of the democratic revolution in Northeastern Syria currently under attack by the Turkish state and Jihadist proxies. 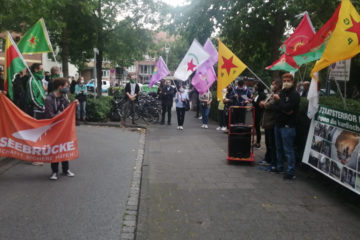 Protests were sparked by the arrival of the Turkish Foreign Minister Mevlüt Çavuşoglu and the Minister of Tourism Nuri Ersoy in Germany. The talks held between the Turkish ministers and the German government in Berlin have Read more… 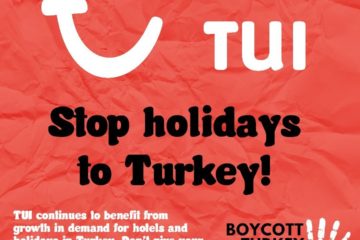 On the 18th and 19th of July we ask you to take action online, as part of the global call for solidarity with the democratic revolution in Rojava. We are targeting TUI travel agents for Read more…

Locals in the Turkish occupied city of Girê Spî (Tal Abyad) and the town of Siluk, have taken to the streets protesting increasing repression by occupation forces. The city has been under occupation by Turkish Read more…