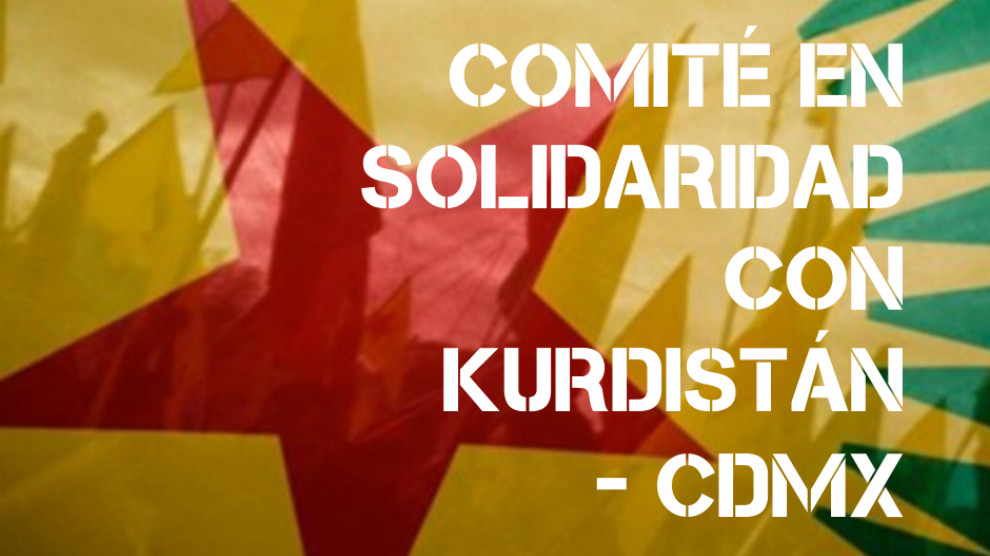 On the 12th of April in Mexico City, intellectuals, academics, political organizations launched a campaign titled “Let’s defend life in Rojava in the time of Covid-19”. The call was launched by the Committee in Solidarity with Kurdistan-CDMX within the framework of the Global Day for Life.

The call includes a petition signed by activists, academics and organisations around the world recognising the democratic, feminist and ecological work of the Autonomous Administration in North-Eastern Syria.

The signatories call “for rethinking from a different political and social contexts the dominant system and taking into account the path of the indigenous peoples in Rojava as well as in Mexico, Central and South America, as well as their strategies for the implementation of community health based above all on autonomy, social prevention and education beyond repressive and centralizing state measures.

We need more than ever to put in the center of our discourse the practice of “returning to Earth, to Nature” and the care for the Planet. In Rojava, in a historic phase of resistance to war, even in a global pandemic situation, priority is given to repopulating rural villages, reforestation, diversified cultivation and other community work activities and reflecting on the meaning of the words “self-defense”, “health” and “community”. This example is a call for people anywhere in the world to the systematic and creative enhancement of solidarity in the field of self-government, health, self-defense and self-managed economic networks.”

The campaign also condemned the Turkish invasion of North-Eastern Syria which has involved bombardment of civilians, ethnic cleansing and the displacement of hundreds of thousands of refugees.

The campaign also compares the situation in Rojava, to the Zapatistas and other indigenous struggles for autonomy in the face of state repression.