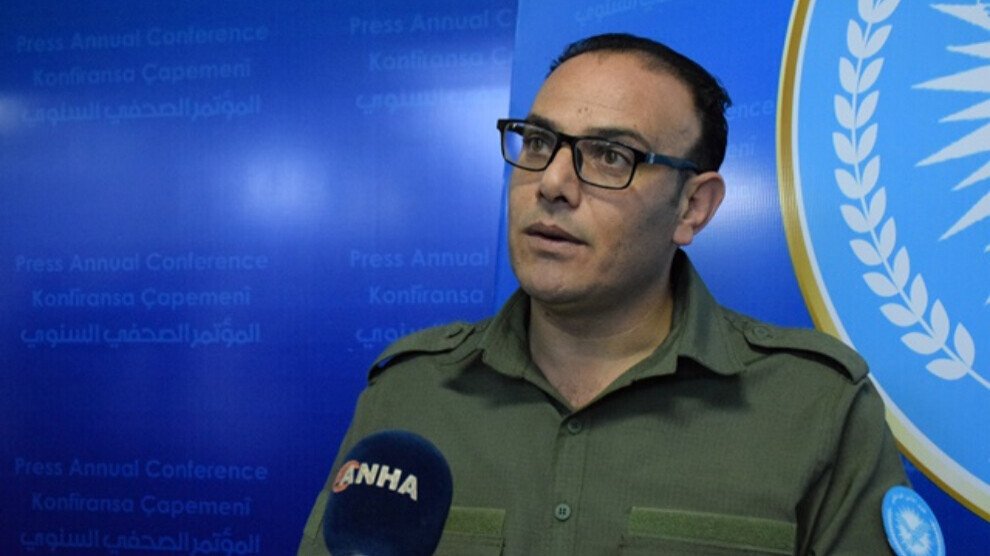 In a recent statement to ANHA (Hawar News Agency), the Spokesman of the North-East Syrian Internal Security Forces, Ali Hesen accused Turkey of being the “main supporter” of ISIS cells active in the region. The statement follows a recent increase in ISIS activity in the region.

The democratic autonomous administration of North-East Syria has played an active role in combatting ISIS throughout the conflict in Syria. Meanwhile, the Turkish state has repeatedly attacked the administration seeing its support for democracy, self-determination and feminist politics as a threat to the Turkish regime’s nationalist and expansionist ideology.

According to Ali Hesen; ISIS cells in the region receive “direct support from the Turkish state and their objective is to revive ISIS and to instigate the peoples of North-East Syria against each other”. It is no coincidence that as Turkish aggression is once again on the rise in the region, ISIS forces have also gained in strength. One example being a recent ambush by ISIS cells against Syrian regime forces, killing 30 soldiers and injuring 15 more according to the Syrian Observatory of Human Rights (SOHR).

This is not the first time that the Turkish regime has been linked to ISIS. During the 2019 Turkish invasion of North Eastern Syria, Turkey’s NATO allies at the Pentagon admitted that the invasion would help revitalise ISIS. In 2015, a raid of a key ISIS official’s compound by US forces uncovered documents revealing direct dealings between Turkish ministers and ISIS leaders. Whilst leaked documents in 2016 showed the direct involvement of Erdogan’s stepson in the purchase of oil from ISIS. It has also been alleged that Erdogan encouraged ISIS’ failed invasion of Kobane in 2014. Many Turkish-backed paramilitary forces in the region also have links to ISIS.

Turkey’s long and continued record of collaboration with ISIS should be reason enough for condemnation. Yet the EU, UK and US continue to give the regime a free pass. Without the economic, military and industrial support of the West; the Turkish state would not be able to continue its brutal attacks against democracy, human rights and self-determination in the region.