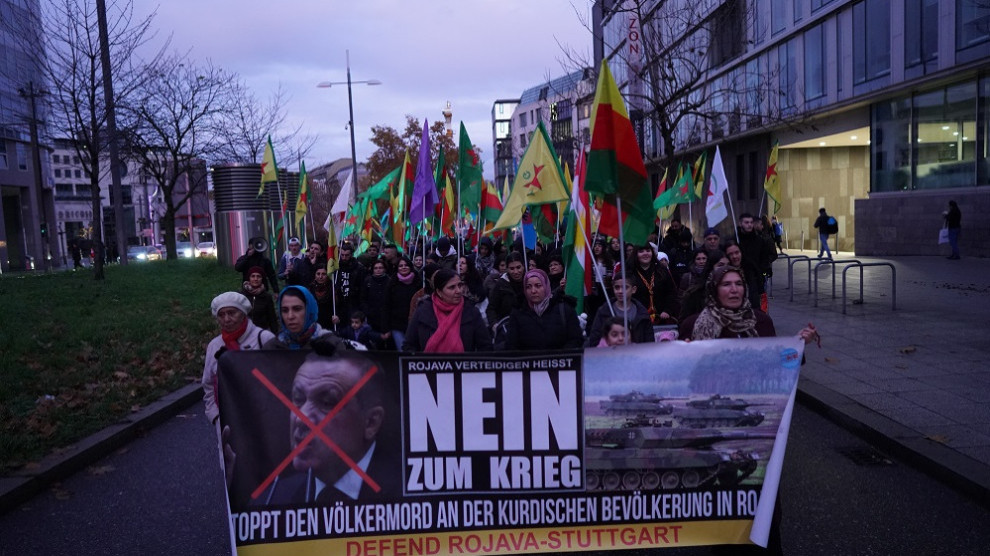 On the 7th of December demonstrations were held across Germany as part of the Germany-wide active Kurdish umbrella organisation KON-MED planned day of action. The protests condemned the Turkish state and called on international actors to act against Turkey’s murderous actions.

The protests particularly focused on the recent massacre in Tel Rifat where 8 children were killed by Turkish artillery fire on December 2nd.