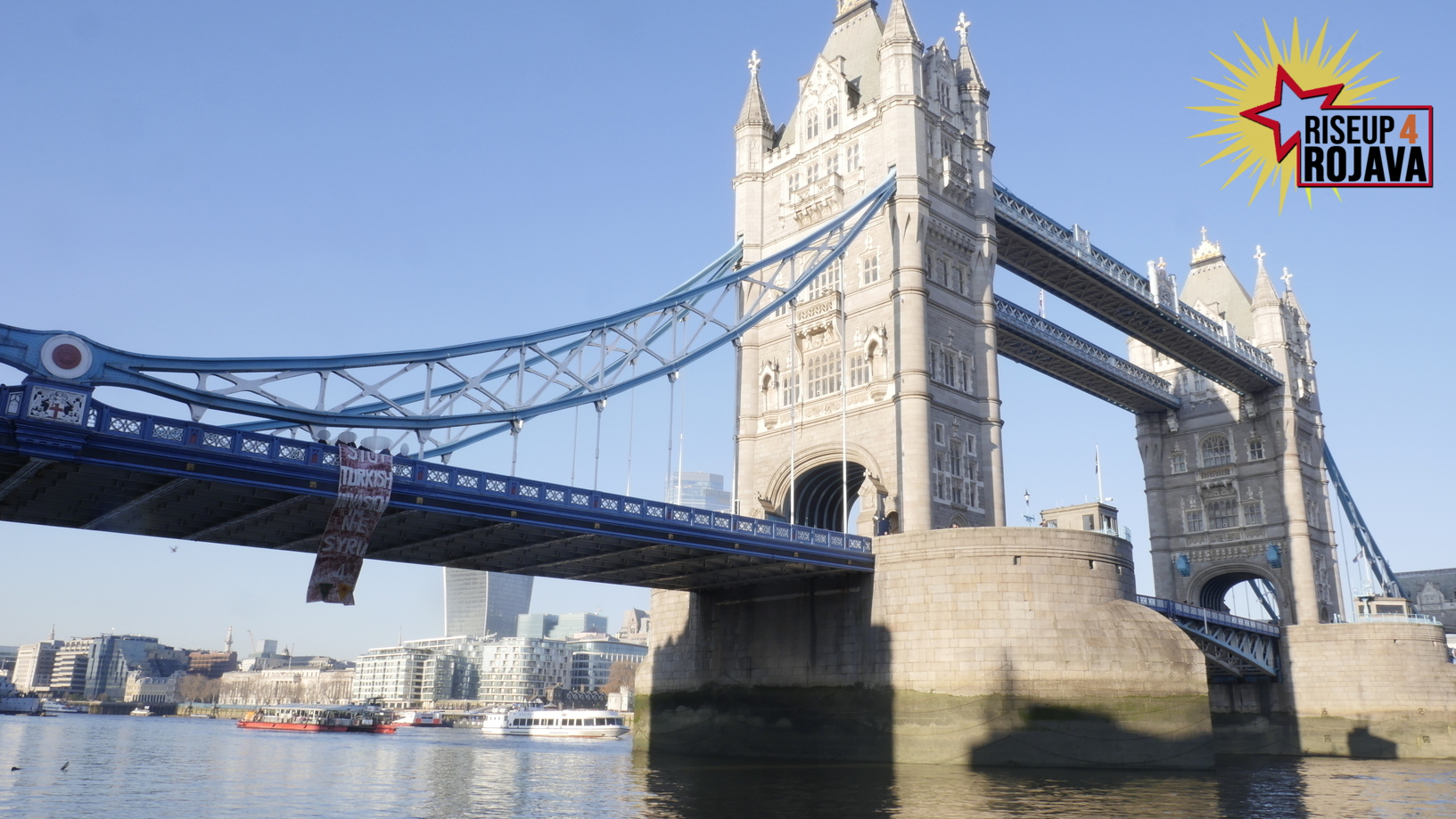 Despite his regime’s illegal invasion of Northeastern Syria and dictatorial repression domestically, Erdoğan continues to be welcomed with open arms by NATO.

Activists dropped several massive banners to protests NATO’s complicity in the Turkish state’s severe violations of human rights. They wanted to make it clear that the so-called ‘ceasefire’ called by the US and Turkey has been a total lie. With continued bombardment and violence perpetrated by Turkish forces during the ceasefire.

The protests have called on NATO to expel Turkey from its ranks and stop the invasion of Northeastern Syria.