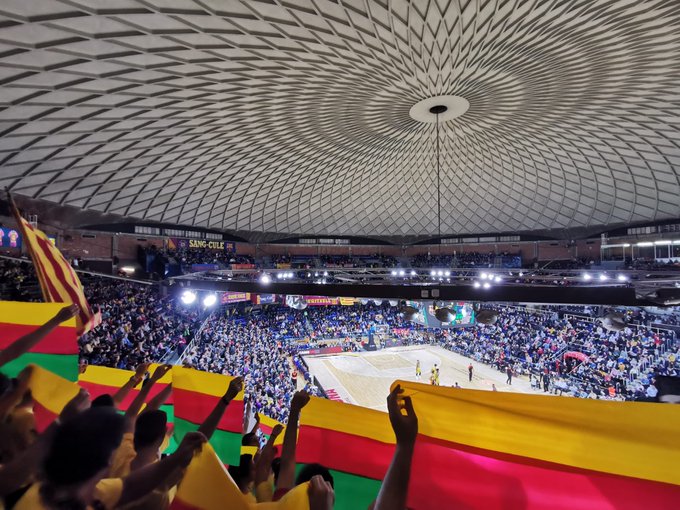 FC Barcelona Basket fans protested against the Turkish invasion of Rojava during a basketball match against Turkish team Fenerbace Istanbul.

Waving YPJ, YPG and Kurdish flags, fans of the Catalan basketball team protested against the invasion and the complicity of many sporting institutions in the Turkish state’s crimes.

On Friday the 22nd Turkish police raided the homes of several activists involved in Women’s associations and activist groups in the majority Kurdish city of Amed. 18 activists were detained by the state, and 12 Read more…

Songs of Solidarity For Imprisoned Musicians

We boycott the powers that oppress, and we show support for those that are oppressed: two mutually reinforcing forms of solidarity.

In response to recent undemocratic seizures of HDP municipalities by the state, party members had been due to make a press statement regarding the situation. Before the press statement could be read out however the Read more…