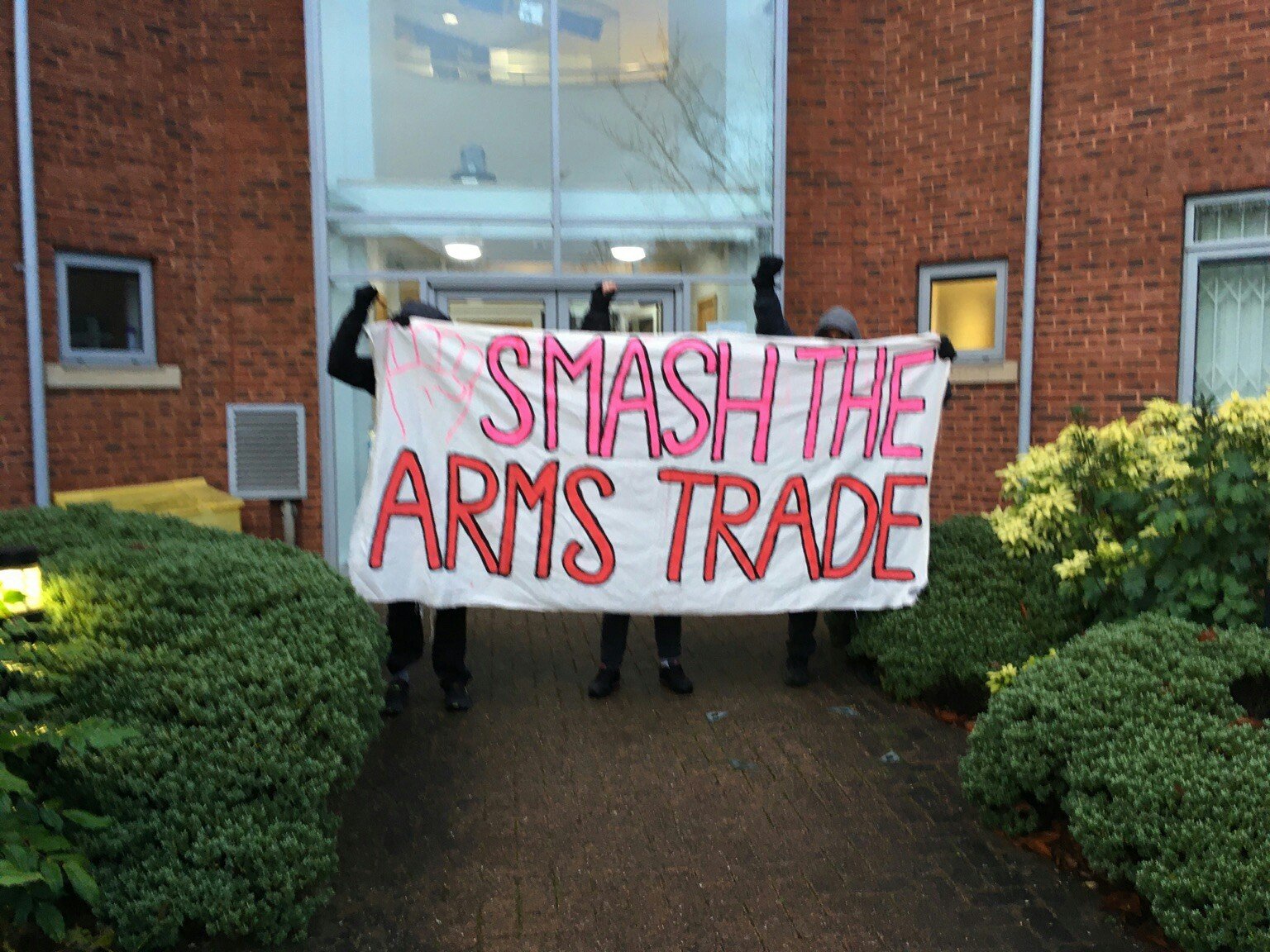 Activists from the Bristol Kurdish Solidarity Network visited the offices of arms companies Leonardo and Thales, in solidarity with people in Rojava under attack by the Turkish state.

Thales works with the Turkish firm Aseslan, which is indirectly controlled by Turkish President Erdogan. Together they develop missiles for the Turkish military. Thales is also working with Turkish state-owned company Havelsan on a project called Genesis.

Leonardo has worked on systems for F16 fighter jets used by the Turkish state to bomb Afrin. Whilst its subsidiary Augusta Westland has developed Turkey’s Atak helicopter with Turkish aerospace industries Leonardo is part of MBDA – which also has offices in Bristol – developing missiles for Turkey.

As part of the Stop Arming Turkey Campaign, Activists took part in a demonstration outside the respective comapnies’ offices, chaining the doors shut.