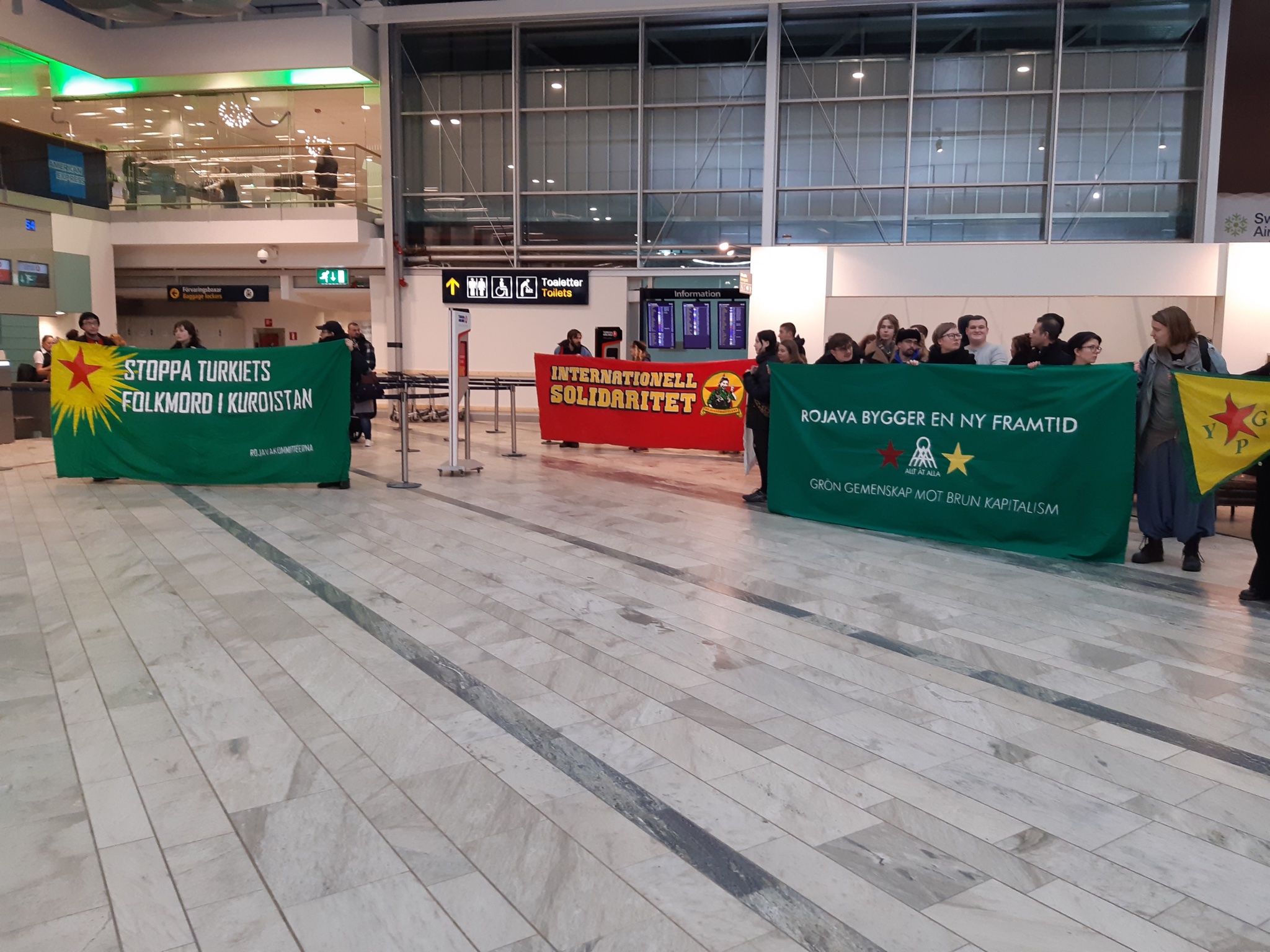 The action took place inside the Landsvetter Airport in Gothenburg, Sweden, as part of the boycott of Turkish tourism.

The Turkish occupation of Northern Syria and Rojava was condemned by activists who called on travellers to think twice about holidaying in Turkey. Activists also called on people to boycott Turkish products.

The action was promoted by the Rojava Committee and activists held banners and handed out leaflets explaining that “Rojava is building a future, a green future against brown capitalism.”

Activists at the event said that the purpose of the invasion of Rojava “is not only ethnic cleansing against the Kurds, Yazidi and Assyrians. It is also to stop the construction of the system based on democracy, ethnic and religious pluralism, feminism and ecological solutions in Rojava and Northern Syria.”