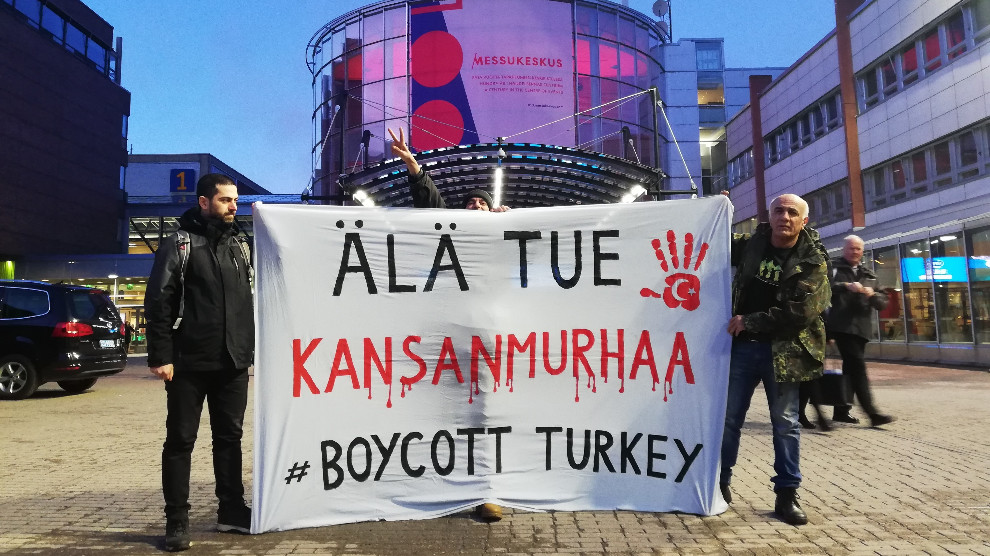 Activists for the Boycott Turkey campaign visited the Nordic Travel Fair in Helsinki to protest the Turkish tourism industry.

The Fair is the biggest of its kind in Northern Europe with more than 60 000 visitors during the weekend. The Fair hosted several different stands, including Turkish Airlines, promoting holidays in Turkey.

While people were listening to a promotion speech about buying a holiday home from Turkey, they were handed leaflets titled “Holiday in Turkey”.

What seemed like a regular travel brochure, was instead a Boycott Turkey flyer that reminded people about the war in North-East Syria, repression of Kurdish people in Turkey, journalists in Turkish prisons and about human rights situation in Turkey in general.

The Turkish tourism industry’s close links to the authoritarian state mean that it is an important target for the Boycott Turkey campaign.

This important intervention in to the Tourism industry’s links to the Turkish state was well-received by many visitors and follows the recent launch of the Finnish Boycott Turkey campaign.