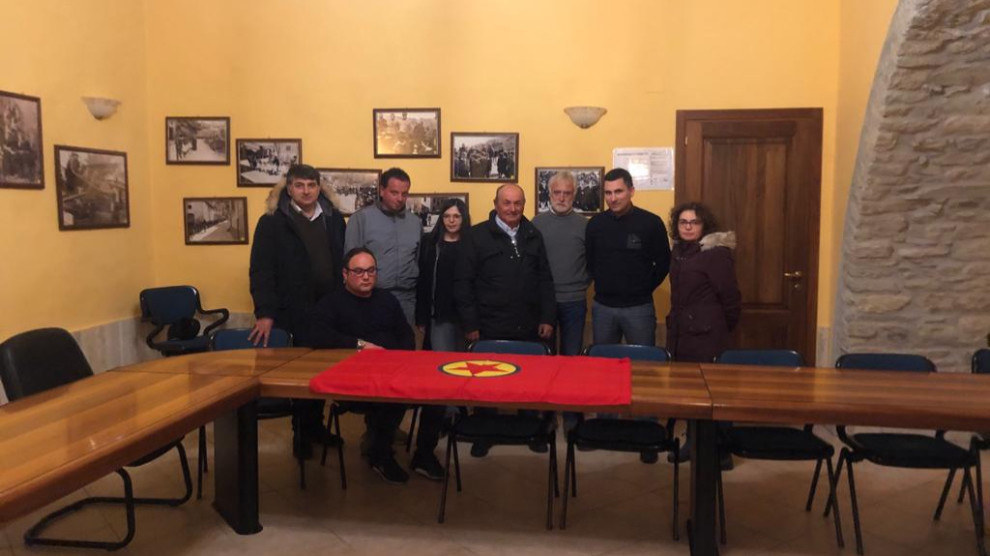 On the 4th of March Fossalto muncipality in the province of Campobasso (Molise region) awarded imprisoned Kurdish leader Abdullah Öcalan honorary citizenship. Similar recognition has been given in the past by the municipalities of Tufara, Campobasso, Castelbottaccio, Palermo, Napoli, Palagonia, Reggio Emilia, Riace, Martano and Pinerolo.

The award recognised Öcalan’s imprisonment in solitary confinement for over 21 years because of his central role in the Kurdish freedom movement and its past peace negotiations with the Turkish state.

His imprisonment alongside that of thousands of other politicians, academics and Kurds reveals the Turkish state’s repeated and sustained violations of human rights. Öcalan’s case has also been compared to that of Nelson Mandela who faced similar repression for his political leadership. Mandela offered Öcalan political asylum in South Africa prior to Öcalan’s abduction in 1999.

The move by several Italian municipalities to highlight the imprisonment of Öcalan has incurred strong criticism from Turkey. Turkish diplomats publicly called for cooperation from the Italian authorities against such initiatives.

The public letter signed by over 16 municipalities and NGOs stressed the injustice of Abdullah Öcalan’s 21 year imprisonment. It further noted that; “awarding honorary citizenship to Mr. Öcalan meant to contribute to peace, and enable him to resume negotiations and reaching a solution within the framework of political and freedom of expression”.

The reaction of the Turkish state in trying to shut down any international recognition of their human rights violations and repression of Kurdish self-determination, reveals how much of a threat coordinated international solidarity is to the authoritarian regime.