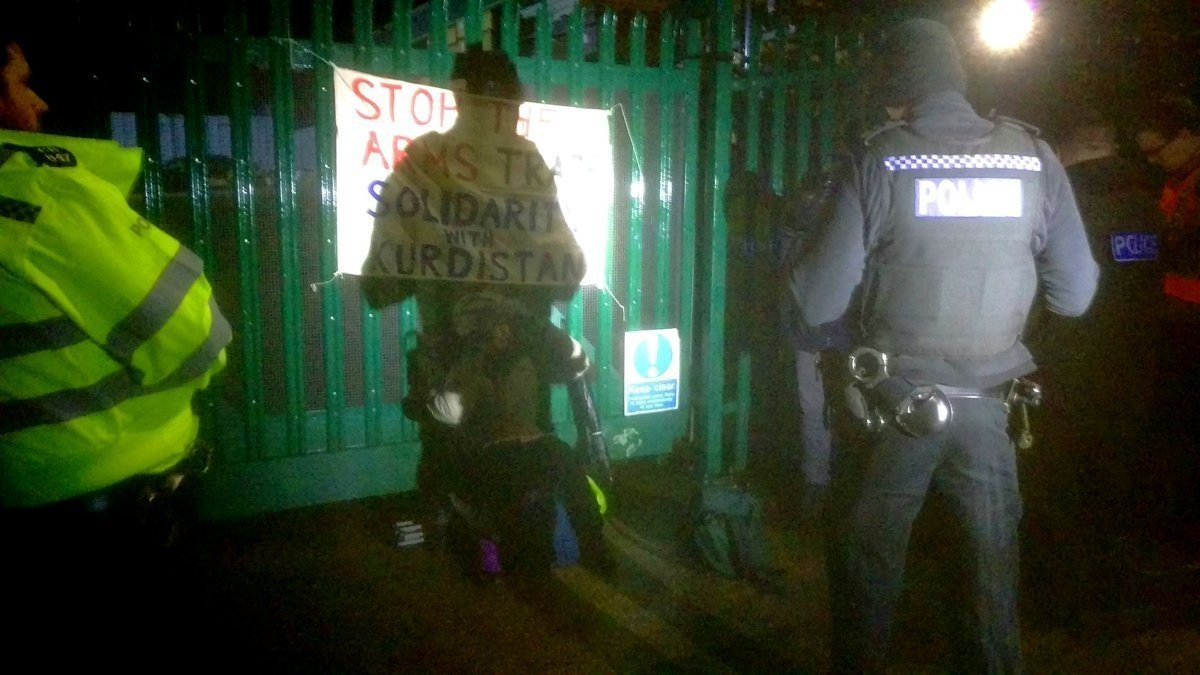 On the morning of November 25th, local activists from Shut Down the Arms Trade took action against EDO MBM. The protesters blocked shipments from a Brighton arms factory EDO MBM Technology Ltd in order to stop its ongoing supply of weapons to regimes committing war crimes.

The action called for an end to arms to Turkey, Israel and Saudi Arabia and successfully shut down the factory for the morning. Click here for more information on Brighton Against the Arms Trade.

A spokesperson noted the company’s complicity in the war crimes of Turkey, Israel and Saudi Arabia despite repeated condemnation of these crimes by the UN.

“Today we call on the UK authorities to stop all EDO MBM’s arms exports
and immediately open a full, independent criminal inquiry into this
company’s exports to Turkey, Saudi Arabia and Israel.”

Brighton Against the Arms Trade Spokesperson

Local MPs Caroline Lucas and Lloyd Russell Moyle and local city Councillors have called for a government enquiry into export licences granted to arms companies such as EDO MBM but have been continuously ignored.

This highlights the need for continued grassroots campaigning and direct action to stop arming Turkey. It also shows how these campaigns are interconnected with other campaigns against repressive regimes committing war crimes with British-made armaments. The spokesperson further added that:

” When our elected representatives are so evidently powerless against this
profit driven war machine; when our institutions of government and
Parliamentary arms export oversight committees fail to take steps
against flagrant and ongoing war crimes being assisted by factories, it
is left to us to act and BREAK THE KILL CHAIN.”

Recent news in The Guardian regarding EDO MBM’s production of combat drones for the Turkish State reveals just how important these protests are in the fight against the Turkish state’s war crimes.

Brighton Against the Arms Trade activists have already responded to this shocking news with a further protest outside of EDO MBM on the 27th of November. For more information on the Stop Arming Turkey campaign click here.