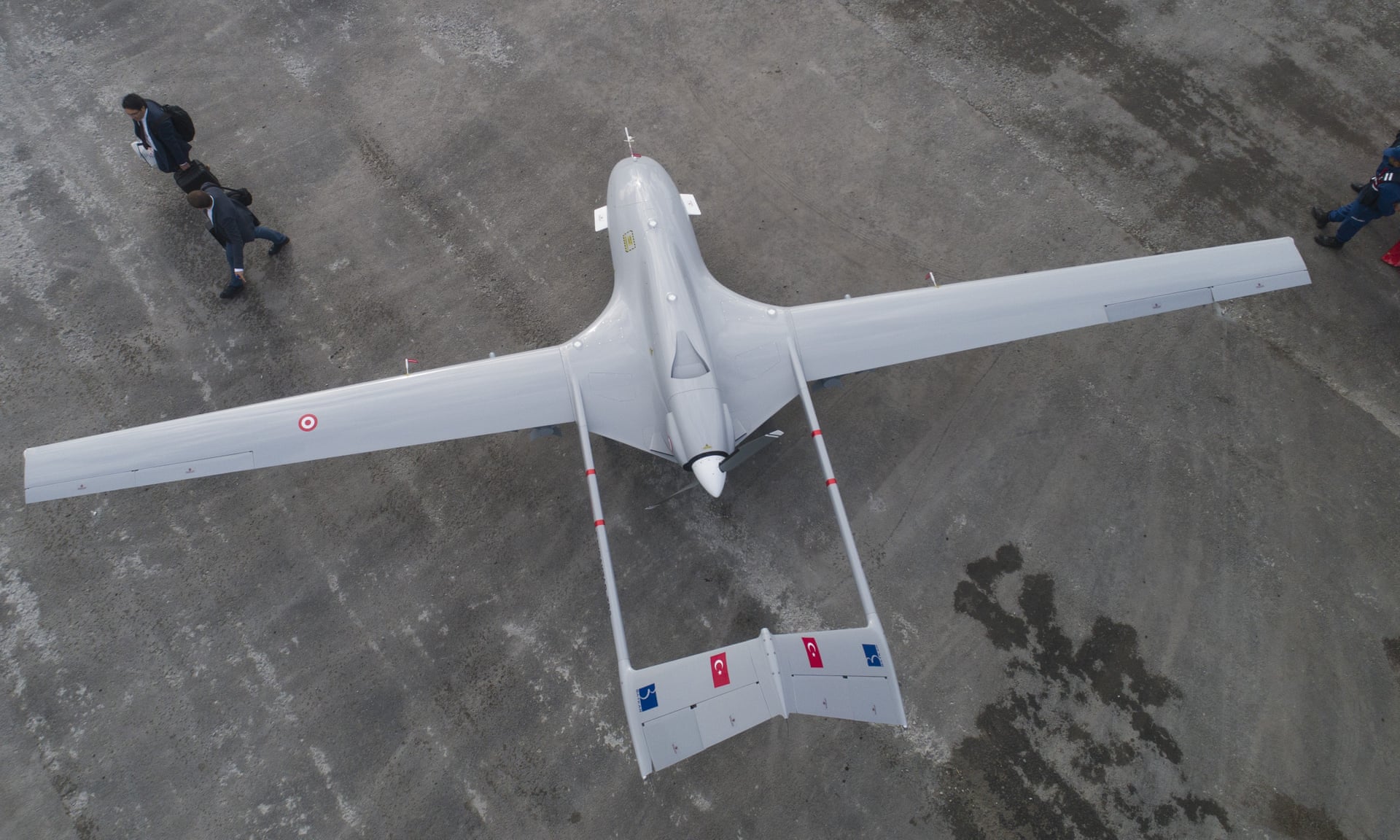 A recent article released on the 27th of November in The Guardian revealed how UK arms manufacturers supplied crucial components to a Turkish drone-maker. These military drones have allowed “Ankara to become an emerging power in the lethal technology, which experts warn is dangerously proliferating.”

In a move that effectively circumvented recent moves to ban the export of killer drones to Turkey, The EDO MBM arms factory in Brighton provided “vital assistance” for the production of Turkish Bayraktar TB2 drones . This has lead to Turkey becoming the world’s second largest user of armed drones worldwide.

This follows a move by the Turkish military to emulate the tactics and strategies of the imperialist US ‘War on Terror’. Effectively utilising deadly drone technology and a dubious rhetoric of counter-terrorism to carry-out and justify military operations against Turkey’s political opponents.

The Bayraktar TB2 drones have seen heavy use in the illegal invasion of Northern Syria. Bayraktar TB2 drones have been implicated in the deaths of 449 people during the Turkish invasion. They are therefore a key tool in Turkey’s brutal war against the Kurds and other minorities in Syria. Turkish bombardment has been reported to have targeted civilians, hospitals and areas outside of detention centres to assist in break-outs by ISIS prisoners.

Whilst these drones are produced in Turkey, “they could not have been developed without the Hornet missile rack, which was devised and supplied by EDO MBM Technology, located on the outskirts of Brighton, somewhere around 2015.”

The Turkish government has long-sought to have access to armed drones and made several attempts to purchase Predator drones from the US. It was only in 2015 that the regime was able to produce its own drone capable of attacking targets with deadly accuracy.

The ability to fire missiles from such aircraft requires sophisticated equipment, described by some experts as “the intelligent hand” that “ensures that munitions fired from a drone are released properly away from the drone and onto the target coordinates specified.”

Patents were first filed by EDO in the UK in 2014 and in the EU and Turkey the following year, as shown in a dossier of evidence collected by Ceri Gibbons, a researcher with the Brighton Against the Arms Trade campaign group, and verified by The Guardian.

Whilst EDO MBM is based in the USA, its production of these components in the UK meant its supply to Turkey could circumvent the US ban on sales of drones to Turkey. As the world’s sixth largest arms producer the company plays a key role in arming repressive regime’s like that of Turkish President Erdoğan.

Barry Gardiner, Labour’s international trade spokesman, said he was concerned about UK arms sales to Turkey. The party would make “root and branch reforms to arms export controls to ensure British made weapons are not used to kill innocent civilians”, he added.

However, the important role of Brighton Against the Arms Trade in uncovering EDO MBM’s shameful complicity in Turkish war crimes reveals the importance of campaigns directly targeting the arms industry. The group’s recent protests against the EDO MBM factory which produced these drone components is an excellent example of the importance of direct action. For more information on the Stop Arming Turkey campaign click here.