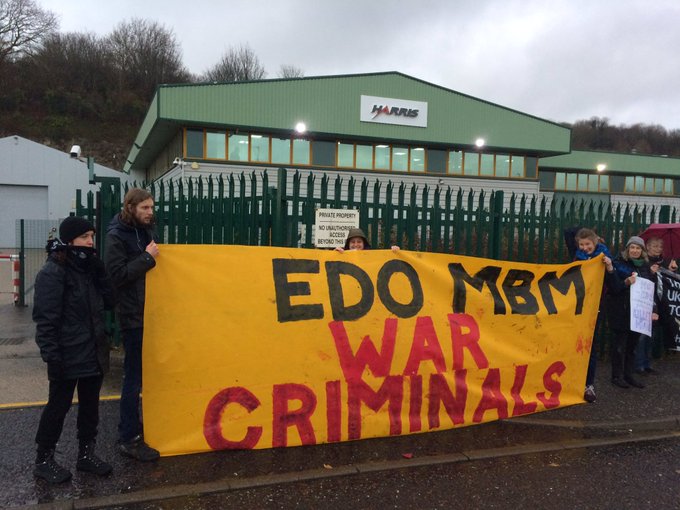 Brighton Against the Arms Trade actvists once again protested outside the EDO MBM arms factory in Brighton. Branding the company war criminals for their role in supplying armed drones to the Turkish military.

These drones have played a key role in the Turkish state’s illegal and bloody invasion of Northeastern Syria. For more details about EDO MBM’s complicity in the war crimes of the Turkish state click here. The protests were part of the Stop Arming Turkey Campaign.