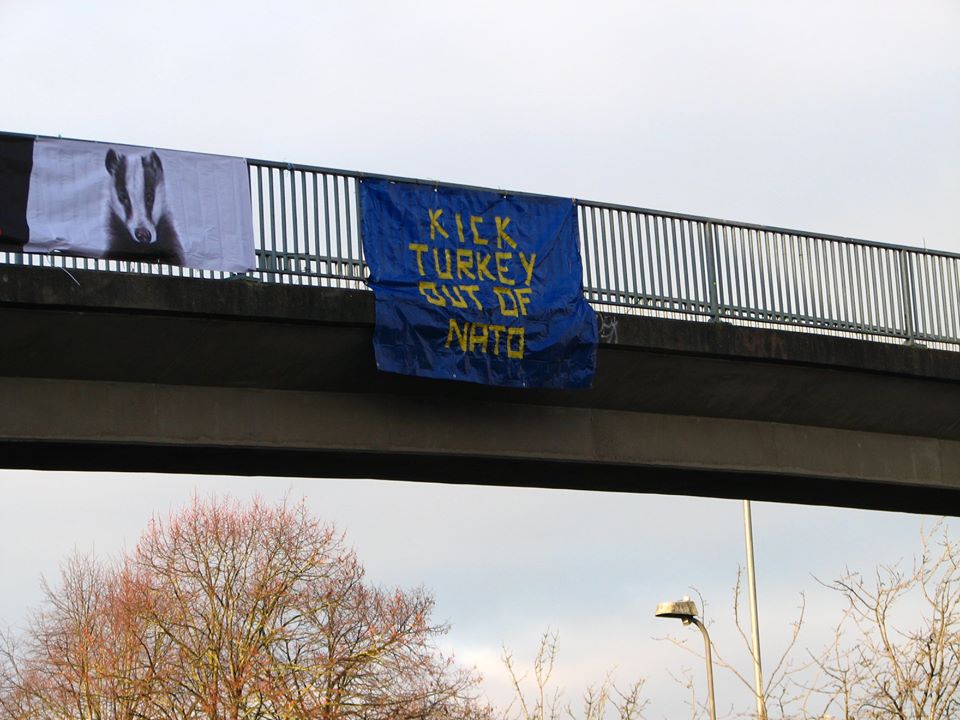 Activists in Bristol today protested against the Turkish state’s war crimes and imperialism. The protests sent a message of solidarity to all the campaigns around the world resisting the fascism of the Turkish state.

The Bristol Kurdistan Solidarity Network said in a statement that:

“The Turkish state is directly occupying parts of three other countries and engaged in ongoing war crimes and ethnic cleansing. Unless our governments and NATO take action, they will continue to be complicit in those crimes. Turkey out of NATO!”