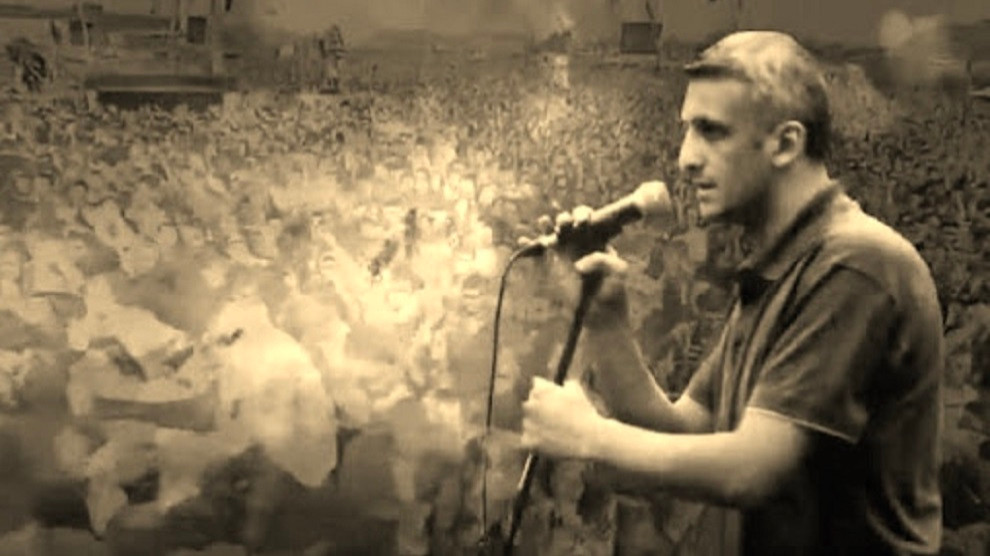 Ibrahim Gökçek, bassist of the folk band Grup Yorum, led a death fast protest for 323 days in protest at the state repression against his group. With the protest, the 39-year-old musician demanded the lifting of the concert ban of Grup Yorum, an end to police raids against the Idil cultural centre, the release of all imprisoned band members and the cessation of all legal proceedings.

The musician ended his death fast on the 323rd day, on May 5, after Turkish officials agreed to talk with the band regarding granting permission to play concerts.

After ending the fast, Gökçek was taken under treatment in the intensive care unit of Reyap Istanbul Hospital in the Esenyurt district.

A statement made on Twitter account of the music band today said; “We have just learned about the martyrdom of İbrahim Gökçek at the hospital he had been taken to. We express our condolences to all our people and all humanity whose heart beats with us!”

Thousands attended the farewell ceremony at the Cemevi (Alevi place of prayer) in the Gazi neighborhood. The crowd sang Grup Yorum songs as they accompanied the procession of the coffin which carried Gökçek’s body draped in a red flag.

The ceremony was also attended by the families of Grup Yorum member Helin Bölek who also died while on death fast on April 3rd and political prisoner Mustafa Koçak who lost his life on day 297 of death fast, April 24th, demanding a fair trial. The HDP deputy Musa Piroğlu, representatives of political parties and several other artists were also present in the farewell ceremony.

Politicians, human rights organisations and many others in Turkey and across the world have also expressed their solidarity with Grup Yorum and Ibrahim Gökçek’s cause.

Unfortunately, the funeral did not go unrestricted by the Turkish state. After deploying riot police and vehicles, the police moved to disperse the crowd before using rubber bullets and tear gas to disrupt the ceremony in the Cemevi (Alevi place of worship).

According to the journalists from ANF, police broke the doors and windows of Cemevi and people inside cannot breathe due to the use of intensive tear gas. The door and windows of the morgue were also broken and a young person named Berkay Karagöz has suffered an asthma crisis and heart attack.

Police then abducted Gökçek’s body and it is not known where the body has been taken.

The shocking repression of any political or cultural expression which disagrees with the Turkish regime is sadly not unusual. Such tragic events highlight the cruelty of the regime and the need for continued solidarity with the peoples of Turkey and Kurdistan who suffer under the authoritarian government.