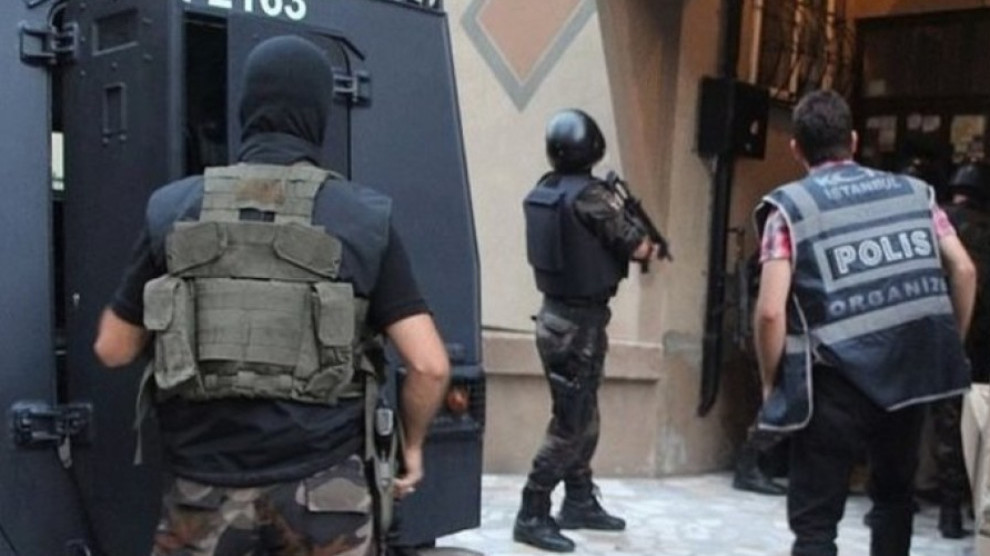 A New Wave of Repression

The Turkish state’s campaign of oppression against the HDP opposition part and of other political activists has seen increasing escalation with more arrests of democratically elected politicians especially in majority-Kurdish regions of Turkey.

The TUAY-DER’s offices in Kayapınar Huzurevleri Mahallesi were also raided. Shafi Hayme, director of TUAY-DER, is reported as having been tortured and then detained.

Subsequent raids in Amed targeted the relatives of activists and politicians in an apparent attempt to indimidate opponents of the regime. Turkish police raided houses in several districts of Amed, namely Çınar, Sur and Yenişehir.

Meanwhile in Mardin, HDP party assembly member, Emrullah Kalkan, was detained by Turkish police. It was reported that Kalkan was beaten and insulted while he was being detained. Police reportedly threatened Kalkan’s family members and said: “We are the State, we came for something.”

Raids and arbitrary detentions have continued across the country. In Adana police raided several houses and detained 10 people. Similar operations occurred in Mersin with the arrest of 5 other activists.

These arrests of political opponents come after a widespread campaign to repress democratically elected HDP mayors and MPs. The HDP party’s support for peace negotiations and rights for Kurds and other minorities in Turkey has made them a target for the repressive nationalist government in Ankara.

The authoritarian crackdown on political opposition has drawn a great deal of protests both in Turkey and abroad. The HDP has called for a “march for democracy” in response to this dangerous attack on democracy in Turkey. HDP politicians and supporters have rallied in major cities and are planning to march on Ankara to highlight their continued resistance to these attacks on democracy.

In the city of Van the delegation of HDP politicians for the march was met by a large crowd signalling popular support for resistance to the state’s violent crackdown. Similar support has been seen in Hakkari, the province represented by the HDP MP Leyla Güven who was illegally arrested by the state recently but released following a great deal of outrage and protest.

Despite this popular support the state has moved to halt the march. In Van the governor banned the march from passing through the city. The new governorship now being held by an unelected supporter of the regime who replaced the elected HDP Mayor Bedia Özgökçe Ertan after the Turkish state’s campaign to arrest opposition mayors.

Police in the cities of Edirne and in Hakkari have physically blockaded local HDP offices in an effort to stop the march. Similar police actions took place in Istanbul with 6 protesters arrested in the district of Silivri.

This continued repression of political opposition and the right to criticise the government represents a grave threat to democracy in Turkey and the wider region.

These attacks on democracy have also drawn global protests in solidarity with the Kurds and political opponents of the regime. In Toronto Kurdish community groups gathered in Dundas Yonge Square to protest the repression as well as Turkey’s air strikes in Southern Kurdistan (Northern Iraq) and the murder of Barış Çakan by Turkish nationalists.

Similar protests took place in Germany with activists gathering in the city of Hildesheim and a protest convoy taking place in Berlin. In the Netherlands, a demonstration took place in front of the national parliament building. In Sweden activists organised protests in the cities of Borlänge and Gothenburg. Protests also took place in Lausanne in Switzerland and in the French city of Bordeaux.