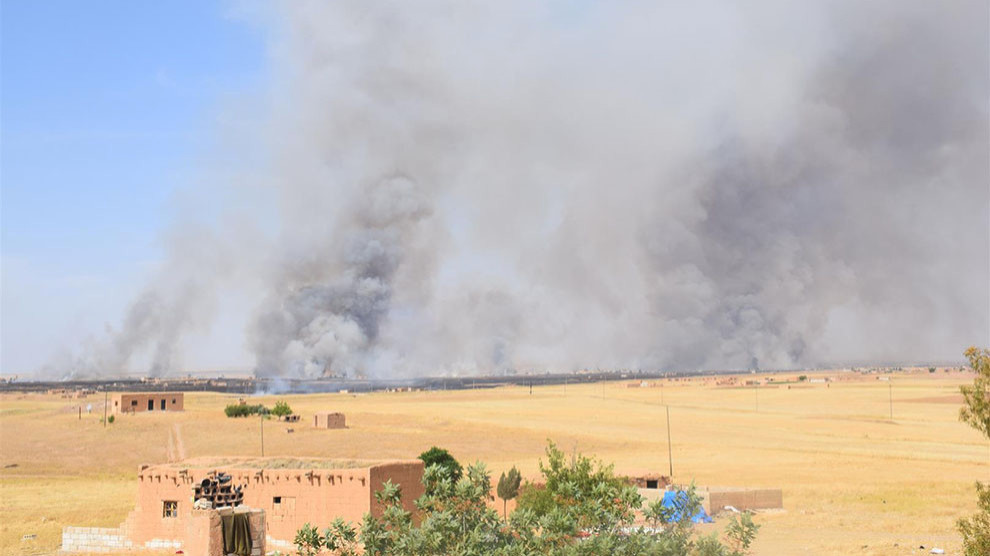 In the Til Temir district of Northern Syria, Turkish forces have occupied 5,000 hectares of agricultural land effectively making it impossible for many local farmers to harvest their crops. This increases the threat of famine in the region following the burning of 2,000 hectares of crops by Turkish forces earlier this year.

In a statement from the Til Temir economic committee, committe member Dildar Yûsif explains that:

“Above all, the wheat fields of the population of the region around Til Temir are set on fire. So far, more than 2,000 hectares of grain ready for harvest have been destroyed in the Til Temir and Zirgan area. When the people try to save and extinguish their harvest, the Turkish troops or their militias do not allow it. They don’t let anyone enter the burning fields, but target anyone who comes near their weapons.”

There have also been reports of Turkish forces looting local grain silos and taking the stolen grain back across the border into Turkey.

These actions pose a grave threat to the region which has a large Syriac population. It is likely part of wider efforts to ethnically cleanse the region by Turkey. With ethnic and religious minorities like Syriacs, Kurds and Yazidis facing the brutality of Turkish nationalist violence.