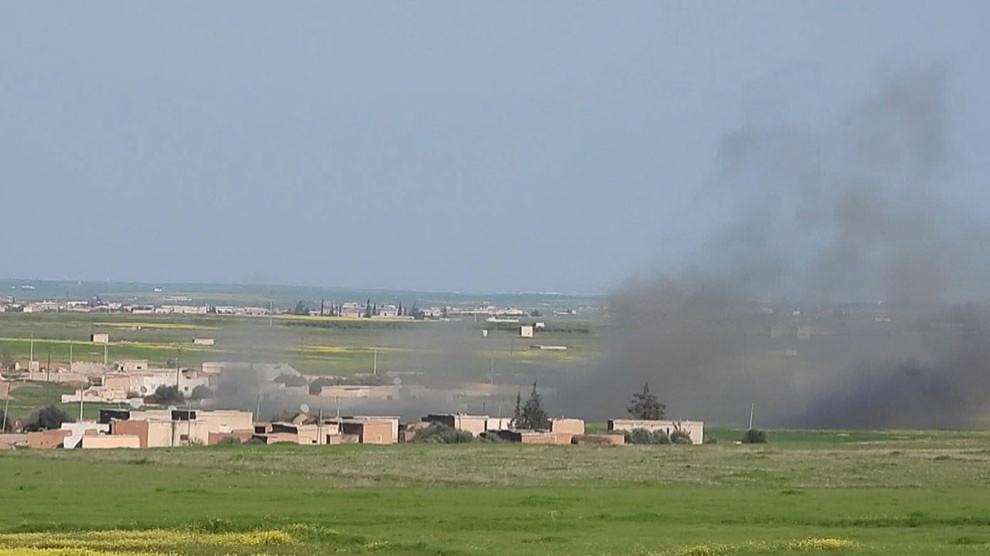 Despite recent calls by the UN for a global ceasefire as part of efforts to limit the impact of Covid-19, Turkish military forces have continued military operations as part of their illegal occupation of Northeastern Syria.

These attacks should be seen as repeated and severe crimes against humanity. On the 23rd of March, Turkish artillery bombarded villages near Girê Spî.

Such attacks come despite Syrian Democratic Forces, who are currently defending Northeastern Syria from the Turkish invasion, called for a general humanitarian ceasefire.

Turkish bombardment continued on the 26th of March in Til Rifaat, where two civilians were injured by Turkish shells. There have also been reports of further bombings by Turkish military forces in Afrin, Tal Abyad, Ein Issa, & Tal Tamr.

More recently, on the 30th of March Turkish military operations lead to the death of a six-year old child and caused serious injuries to their parents in the village of Ereb Hesen.

The continued brutality of the Turkish military targeting civilians and carrying out bombings during a global pandemic shows how little respect the Turkish state has for human rights or the peoples of the region.

The international community has been criticised for failing to sanction Turkey for these continued atrocities. In fact, many states continue to allow arms sales to Turkey revealing their complicity in the regime’s bloody war crimes.