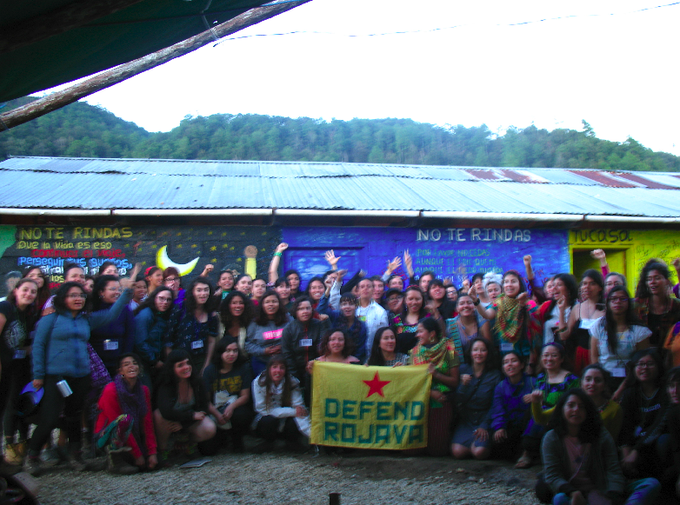 Members of the EZLN expressed their solidarity with the gender revolution in Rojava and Syria. The call for solidarity occurred during the Zapatistas’ “Second International Meeting of Women Who Fight” attended by 3,500 women from across the world.

The Zapatistas have held their autonomous territories in the Mexican state of Chiapas since their uprising in 1994. Their system of direct democracy with an emphasis on women’s right and indigenous rights has often been compared to the revolution in Rojava.

The Zapatistas have faced repression from the Mexican state and right-wing paramilitaries. Their show of solidarity with Northern Syria which faces similar repression from Turkey and Jihadist fighters, shows the importance and power of international solidarity against authoritarianism.