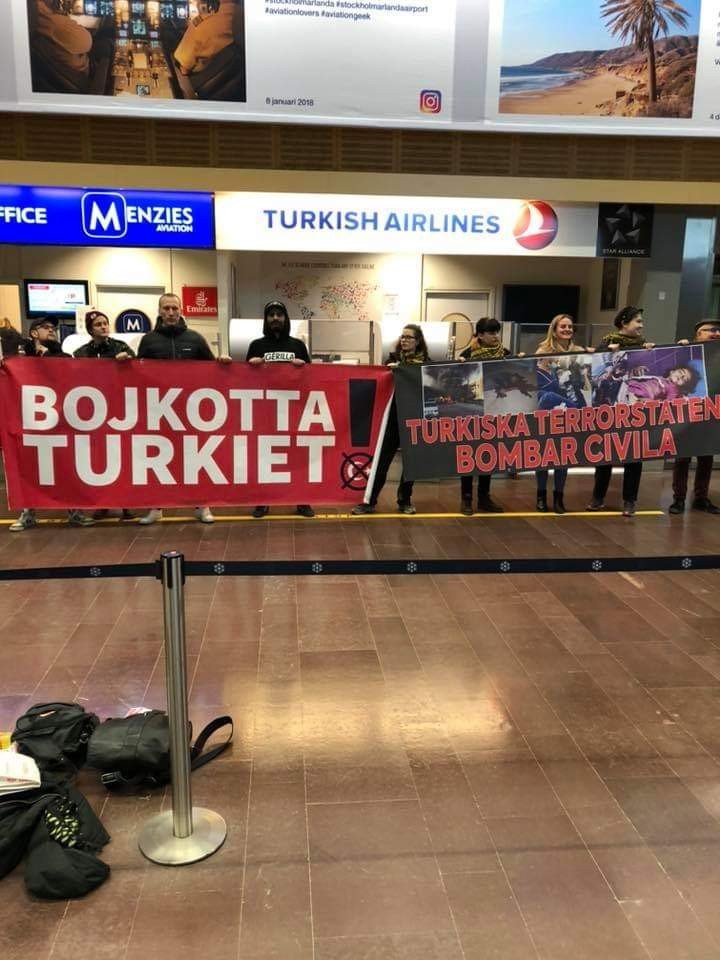 Swedish activists blocked the Turkish Airlines check-in at Stockholm on the 24th of November as part of a coordinated protest against the state controlled company.

Turkish Airlines is a major economic, cultural and diplomatic institution for the Turkish state. The airline represents a key part of the Turkish tourism industry and its advertising is used to bolster the state’s international reputation.

The protests in Stockholm follow dozens of other actions across the world that have made a serious impact on the airline’s profit margins and reputation.