Activists Protest the Turkish State and the Davos Forum 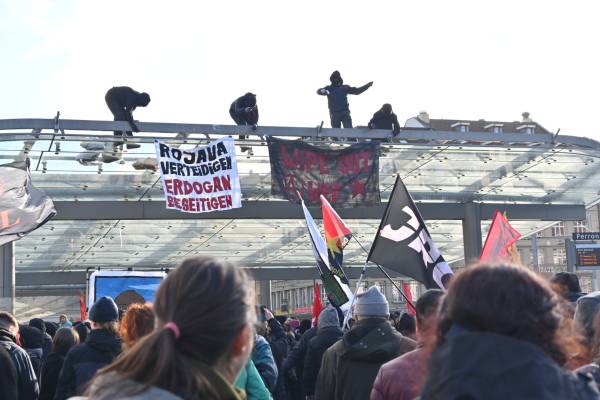 The protests took place as part of an action carried out in the Swiss city of Bern protesting the Davos economic forum. In Bern 5,000 demonstrators protested the World Economic Forum attended by world leaders including US President Donald Trump and Turkish President Recep Tayyip Erdoğan.

Kurdish and Turkish refugees and migrants marched together with Swiss activists and organizations demanding the end of war and protesting arms sales to Turkey. Protesters also criticised recent Turkish military strikes in Shengal.

Several states including major European nations have been criticised for selling arms to Turkey. This is in spite of continued war crimes and human rights violations committed by Erdoğan’s regime.