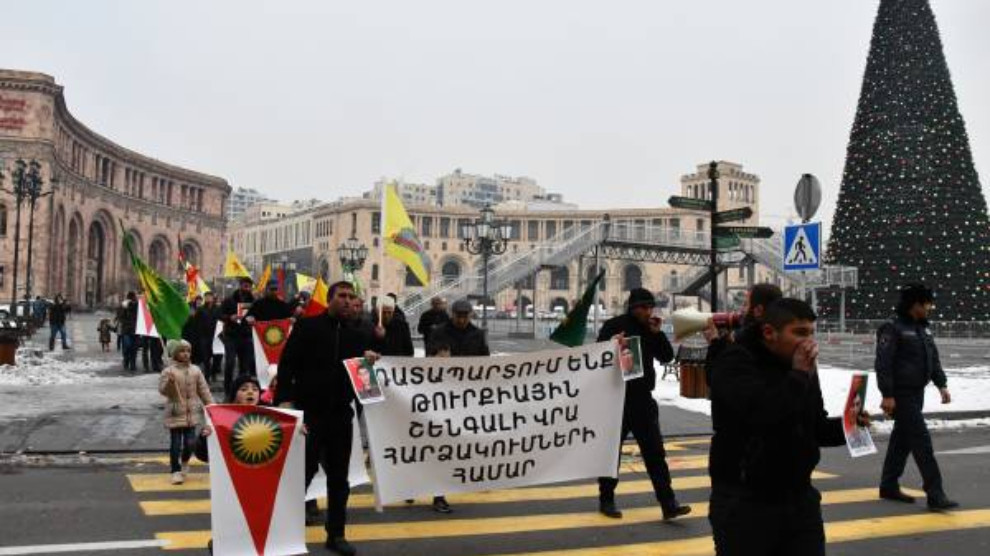 Members of the Kurdish community and representatives of various Kurdish institutions met in Yerevan to protest the Turkish state’s military action in Shengal. The air-strikes carried out by Turkey hit Yazidi communities previously threatened by ISIS and have been condemned by activists across the world.

Activists marched into the United Nations building in the city to demand that the international community take action. Protesters delivered a letter to the UN’s representatives in the building.