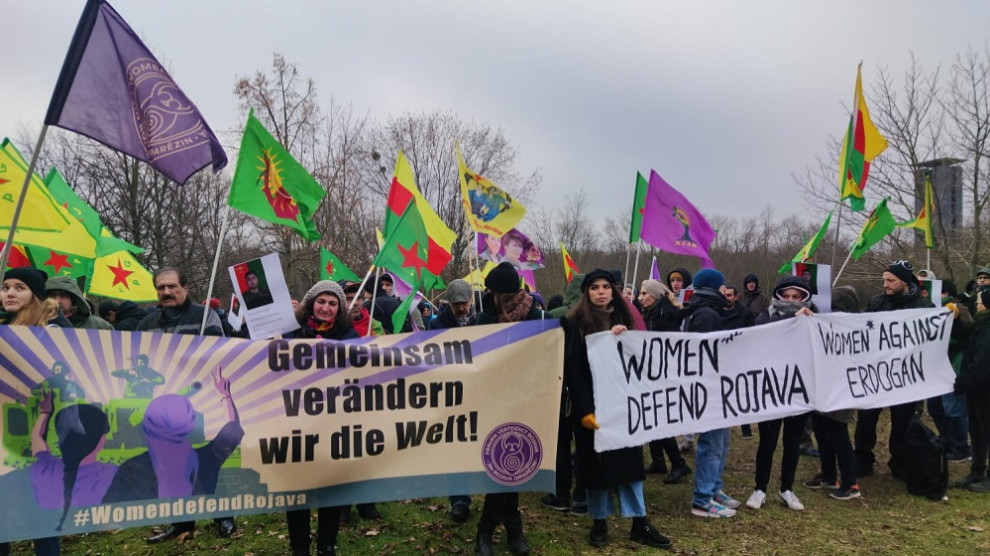 The Turkish president faced protests from feminist, civil society groups and Kurdish community groups during his visit to Berlin starting on Sunday the 19th of January. Erdoğan’s visit is part of a conference on the on-going Libyan civil war which the Turkish state has been criticised for intervening in.

A coalition of groups and activists including antifascists called for a rally outside the federal assembly to protest Erdoğan’s presence and the German state’s failure to condemn his regime.

Protesters carried out civil disobedience to protest the Turkish regime but some were met with violence from the Turkish president’s bodyguards. Including one woman who was later detained by German police despite facing physical attacks from the bodyguards.