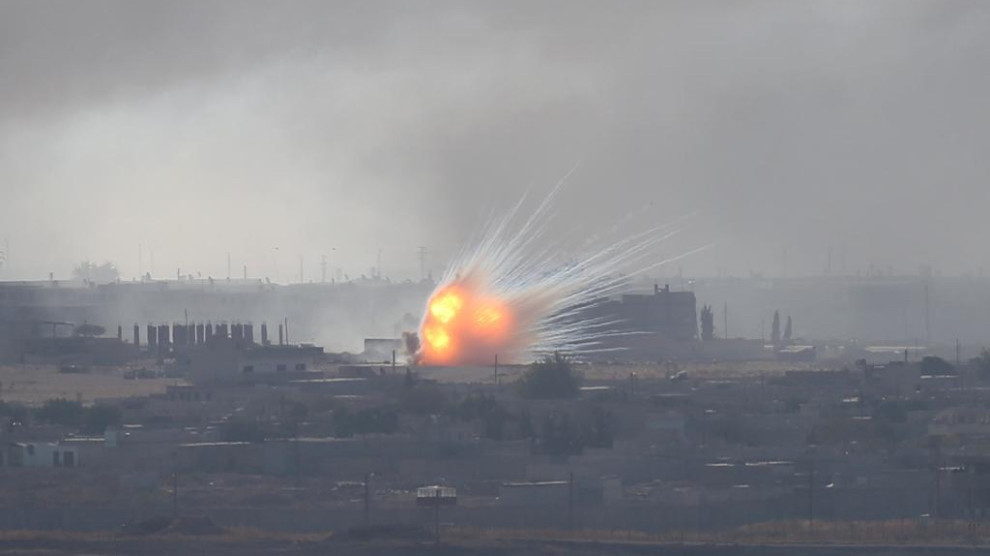 Increased military activity on the border between Turkey and North-Eastern Syria has raised concerns of a new invasion. Turkish military forces and Jihadist proxies have been spotted gathering in the Shebha region near the occupied city of Afrin.

There has also been an increase in drone activity in the region. More worryingly, shelling of settlements has increased dramatically in Shebha.

Activists in the region estimate that this may indicate a new offensive by Turkish forces at the end of this month (April 2020). This growing threat and the possibility of increased casualties, displacement and attacks on the democratic administration of Northern Syria; highlight the need for robust solidarity in the face of Turkish state aggression.

The renewed threat of invasion comes despite calls by the international community for a global Covid-19 ceasefire to halt the spread of the pandemic.