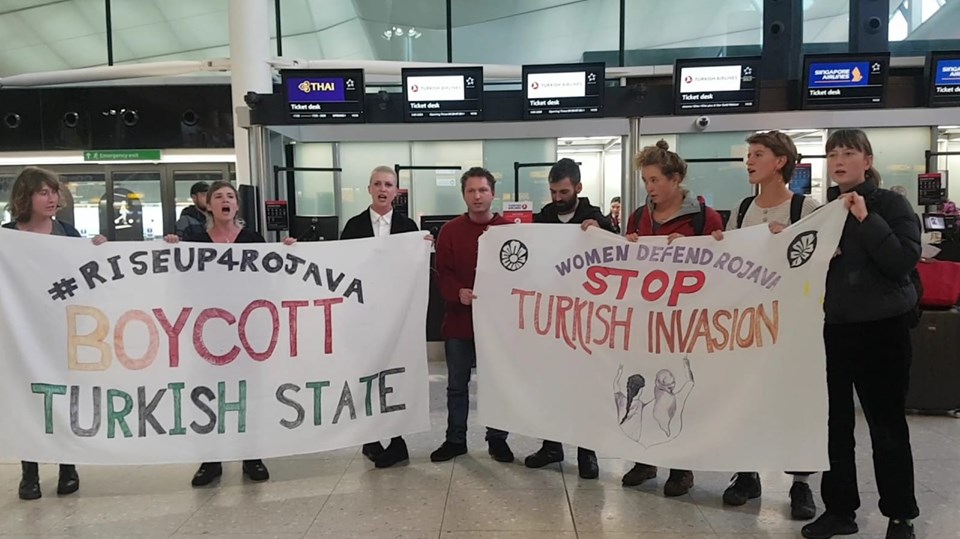 We are in solidarity with the Rojavan revolution, the Kurdish community, the community of Rojava, and those who’ve travelled to be by their side.

Turkey’s current invasion can only be understood as an extension of the ethnic cleansing of the Kurdish people. Turkish airlines are directly linked to the Turkish state and the weapons manufactured that have killed thousands of people and will only kill more in the coming days and weeks. British arms companies and the British government are selling weapons being used to crush a democratic feminist revolution in Rojava.

We call for an immediate end to arms sales to Turkey. We ask those who are getting flights to Turkey and those who use airlines owned by the Turkish state to think about where their money is going, and to reject the position [Turkish leader] Erdogan is taking against the Kurdish people.