We are in solidarity with the Rojavan revolution, the Kurdish community, the community of Rojava, and those who’ve travelled to be by their side. Turkey’s current invasion can only be understood as an extension of the ethnic cleansing of the Kurdish people. Turkish airlines are directly linked to the Turkish state and the weapons manufactured … Read more

On Wednesday 9th October 2019, the Turkish state began its long promised invasion of North-East Syria. Run by a Kurdish-led administration on the principles of direct democracy, pluralism, ecological justice, a cooperative economy and women’s liberation, it was the most peaceful and stable part of Syria. The movement leading the administration is the same movement … Read more 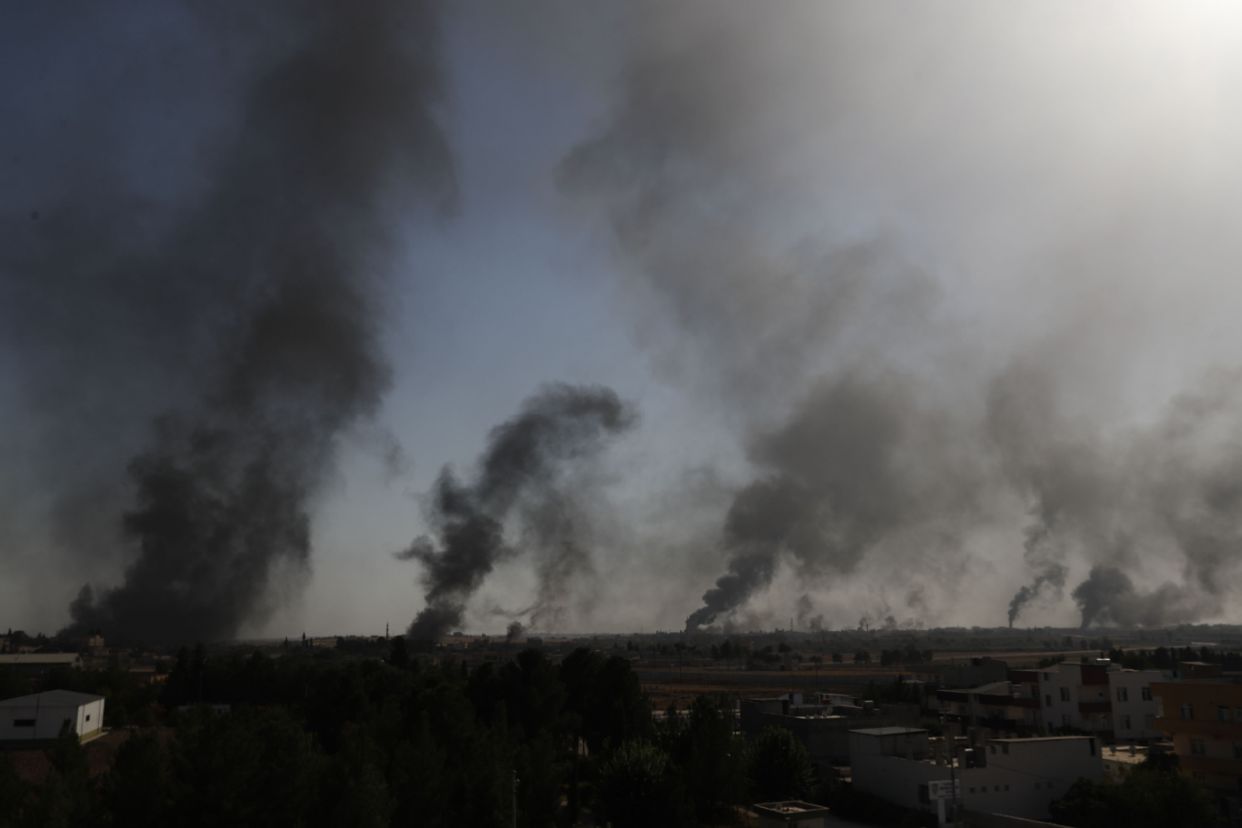 Call: Seven years ago a revolution began in Rojava that was to radically change the lives of millions of people. The Kurds liberated themselves from the dictatorship of the Assad regime and began to organize themselves in self-governed councils, communes and cooperatives. In particular, the autonomous organization of women became the driving force behind the … Read more

July 19: #pirozbe – Congratulations for the Revolution July 19th is an important day in our history. It is the anniversary of the Rojava Revolution. View the gallery of solidarity pictures from around the world here To draw attention to this historic day, we have called this year for a social media campaign as the global RISEUP … Read more 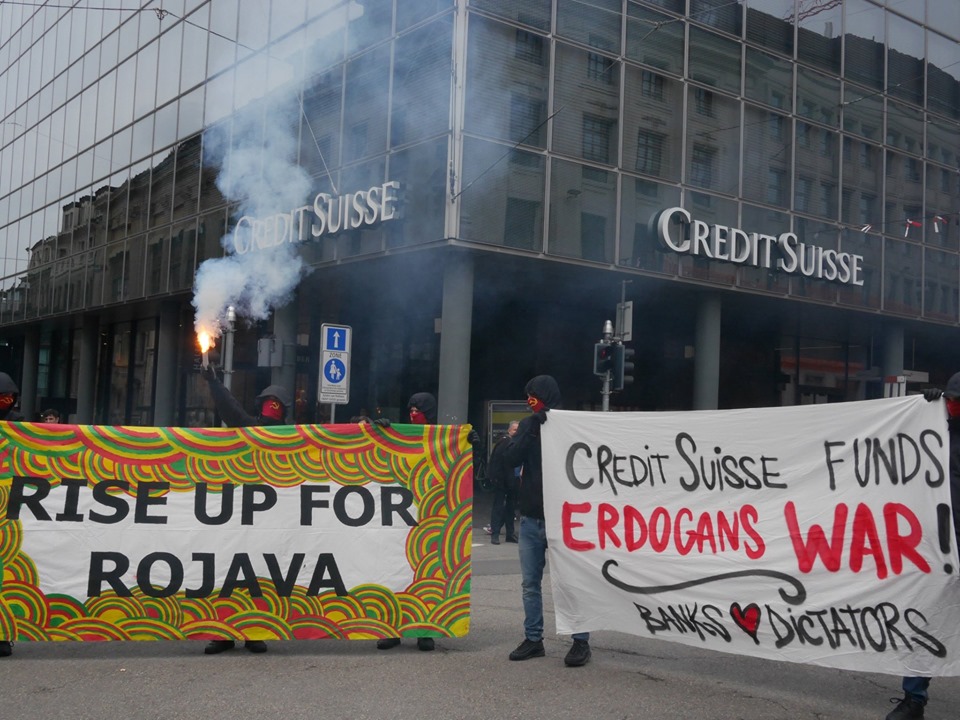 On 22nd of June, during a demonstration in the Swiss city of Basel, it was made clear that anti-fascism and internationalism are inseparable: Statement on the action against Credit Suisse: “[…] Antifascism has no sense if it is locally limited, it must be internationalistic. For as we can see, the tendency towards authoritarian, reactionary governments … Read more