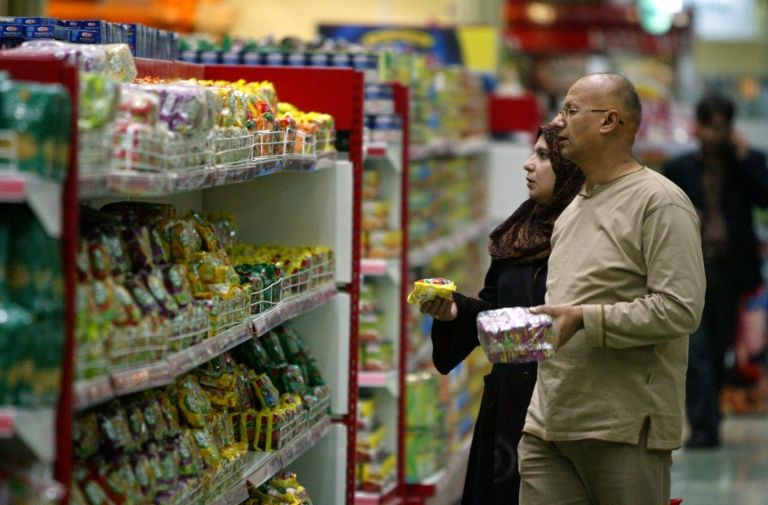 Sulaimaniyah (Iraq) (AFP) – Shopkeepers in Iraq’s Kurdish region have been responding to activists’ calls to boycott Turkish goods in protest at Ankara’s assault on Kurdish forces in neighbouring Syria.

From pomegranates to plastic buckets, yoghurt and beauty products, Iraq imports more than $8 billion worth of Turkish goods a year through its autonomous Kurdish north.

But activists have set their sights on those imports in response to Turkey’s controversial two-week offensive against the Kurdish-run administration in northern Syria.

The assault has left dozens dead and displaced hundreds of thousands, including more than 12,000 who fled into the neighbouring Kurdish-run part of northern Iraq.

“We can’t reach the front lines to fight the Turkish government with arms, so our weapon is a boycott of Turkish goods,” said Hamid Banyee, an Iraqi Kurdish singer and one of the boycott organisers.

“We’re looking to expand the campaign to include all parts of society, which will be a fatal blow to the Turkish economy,” he told AFP in Sulaimaniyah.

Activists in the northeastern city have distributed flyers in markets encouraging consumers to pass on Turkish products and are lobbying retailers to halt those imports altogether.

They have even explored a possible ban on Turkish movies and songs in the region.

Zana Ahmad, 28, gestured to well-stocked shelves of facial creams, gels and eyeliners in his shop, including Turkish, American and European brands.

“After the Turkish attack on Syria’s Kurds, we decided to stop importing Turkish goods and are trying to find alternatives,” he said.

The Kurdish-led Syrian Democratic Forces, which hold the territory attacked by Turkey, have backed boycotts.

“Each penny you spend on the Turkish goods, products and tourism turns into a bullet or into bombs that kill our children in northeastern Syria,” SDF spokesman Mustefa Bali said.

The Kurdish region spans most of Iraq’s north, including a 350 kilometre (220 mile) border with Turkey to the north and around 500 kilometres (310 miles) with Iran to the east.

Those two neighbours are Iraq’s top trade partners and their products mostly outpace locally produced goods in the market.

Karwan Jamal, a 45-year-old driver living in Sulaimaniyah, said he was now opting for Iranian goods even if they were more expensive.

Jamal said swapping out foodstuffs was easy, but clothing was more complicated.

“Unfortunately, the Iranian-made clothes in the market are not as beautiful nor as widely available as Turkish ones,” he said.

Nasireddin Mahmud, who owns a dairy and biscuit retail company, said the boycott had meant that “demand for Turkish products has gone down by half”.

“Shop owners are refusing to buy Turkish goods and are asking for Iranian products or trying to swap them with local products,” Mahmud told AFP.

He said he wanted to see the boycott become official policy, so that large Turkish firms lose their right to import.

Sirwan Mohammad, who heads Sulaimaniyah’s chamber of commerce, said business owners were streaming into his office to ask how they may be affected.

“I believe continuing this campaign will hurt Turkish companies, as well as local businesses that bring those goods into the region,” he said.

Decreasing the amount of Turkish products in the markets “will not affect citizens because there are still goods from the Gulf, Iran and Europe — plus from the region and the rest of Iraq,” added Mohammad.

The autonomous region is split on Turkey, with the Patriotic Union of Kurdistan (PUK) and its stronghold of Sulaimaniyah opposing Ankara.

The ruling Kurdistan Democratic Party (KDP), based in the region’s capital Arbil, has meanwhile built close economic and political ties with Turkey.

But even there, the boycott has been gaining traction.

Hogir Ali, 31, scoured the aisles of a supermarket, carefully inspecting the labels on plain biscuit packets.

The father of three used to buy a particular brand made in Turkey to enjoy with his family at tea time, but has joined the boycott since the assault on Syria began.

“I am doing my bit to take responsibility,” he said, ultimately settling on a brand made in Spain.