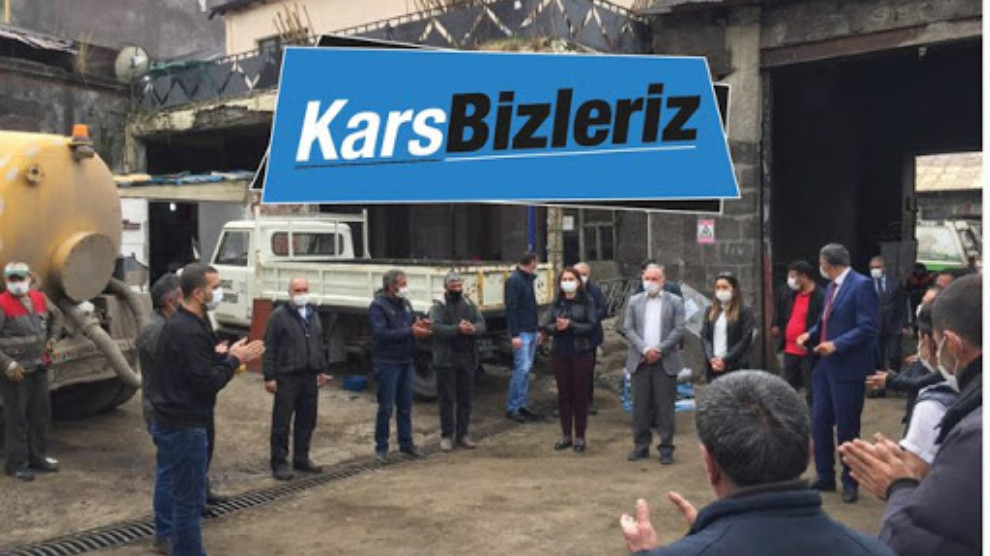 In a joint declaration 122 democratic institutions, associations, platforms and political parties in Turkey said they won’t tolerate the restriction of the powers of local opposition governments and threats to appoint trustees.

Through this “Hands Off Kars” Declaration, the signatories have expressed their solidarity and support for the Kars municipality after recent rhetoric by the AKP government targeting the co-mayors Ayhan Bilgen and Şevin Alaca.

The declaration states that: “Although it has been seen worldwide that local governments can play a crucial role in fighting the coronavirus pandemic, those municipalities, which have been in the forefront with their successful and effective solidarity campaigns in Turkey, are being targeted by the central government. After threats to the Istanbul, Adana and Mersin municipalities, the Municipality of Kars has now been made the target of calumny with deliberate and manipulative junk news.  The co-mayors Ayhan Bilgen and Şevin Alaca are under systematic attack.”

The document further explained the situation in the municipality stating that:

“Kars is a city with a multi-ethnic population, harboring Kurdish, Turkish, Terekeme, Laz, Azerbaijani, Molokan and other local groups.  After the March 31, 2019 elections, the Peoples’ Democratic Party (HDP) took over the municipality with a debt of 400 million Turkish Liras.  The Municipal Council consists of delegates from all the major parties, the HDP, AKP (Justice and Development Party), MHP (Nationalist Movement Party), CHP (Republican People’s Party) and DSP (Democratic Left Party).  Once the coronavirus pandemic emerged, the local government in Kars put together a very effective solidarity campaign.  And this led the ruling party to target the Kars Municipality.”

This comes after many other Turkish municipalities, controlled by democratically elected opposition parties , have faced undemocratic state interference.

This pattern too was criticised in the declaration which underlined how “the ruling party has been illegally replacing many elected mayors by so called trustees, or appointed caretakers, and has almost turned this practice into a means of government.  The appointment of these caretakers is a blatant usurpation of the right of the people to elect and be elected.  The aim is to hinder the local governments from effectively fighting the epidemic and to turn the appointment of caretakers into a threat to the municipal governments elected by the people.”

The signatories said that they are “deeply concerned that the campaign launched against the Kars Municipality is proceeding step by step towards a dangerous possibility, namely, the appointment of a caretaker mayor. Not to take a stand against this threat to the Kars Municipality will mean further spreading and growth of the encroachment upon local governments, and the trampling of the will of the people.”

A key part of the declaration is the call for international solidarity in the face of the continued attacks on democracy by the regime in Ankara. With the declaration calling “upon all democratic people to raise their voices in order to fend off the attack against the Kars Municipality.”