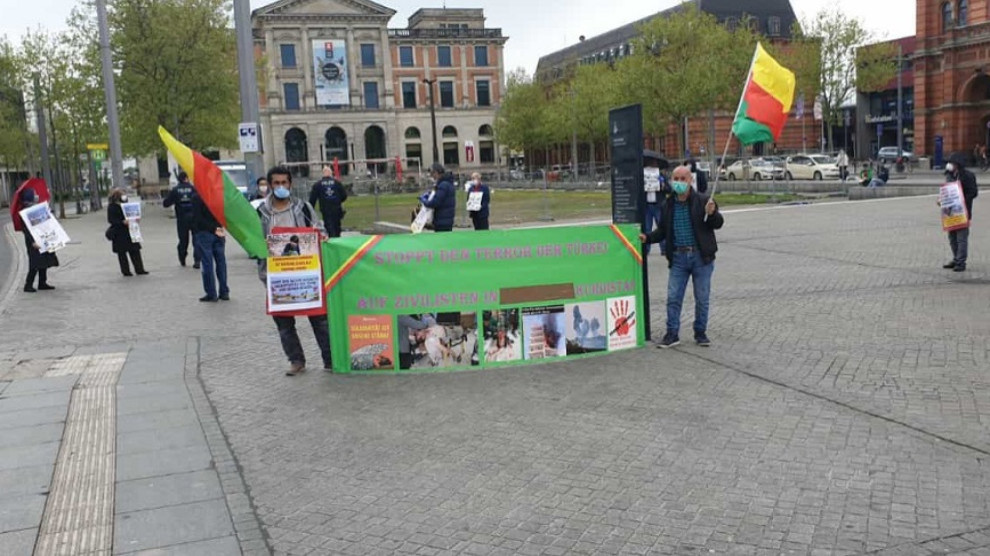 Protests in Bremen, and other parts of Germany, followed similar protests across Europe which took place in April. The protests which took place in the German city of Bremen this Sunday highlighted once again the continued military presence of the Turkish state in Kurdistan.

In particular, activists condemned the latest attack of the Turkish state that targeted Zînî Wertê in Southern Kurdistan (Northern Iraq), and the KDP’s embargo on Mexmûr refugee camp which has been in place for ten months now.

The attacks follow a pattern of increased military action across all of Kurdistan, leading to concerns that the Turkish state may be preparing for full-scale military operations in Syria and Iraq.

The embargo has faced strong criticism especially after a recent air strike on the camp by Turkish forces. These continued and severe attacks have been criticised for targeting civilians. Moreover, the relentless targeting of Kurdish communities in particular, reveals the genocidal intent of the Turkish regime.