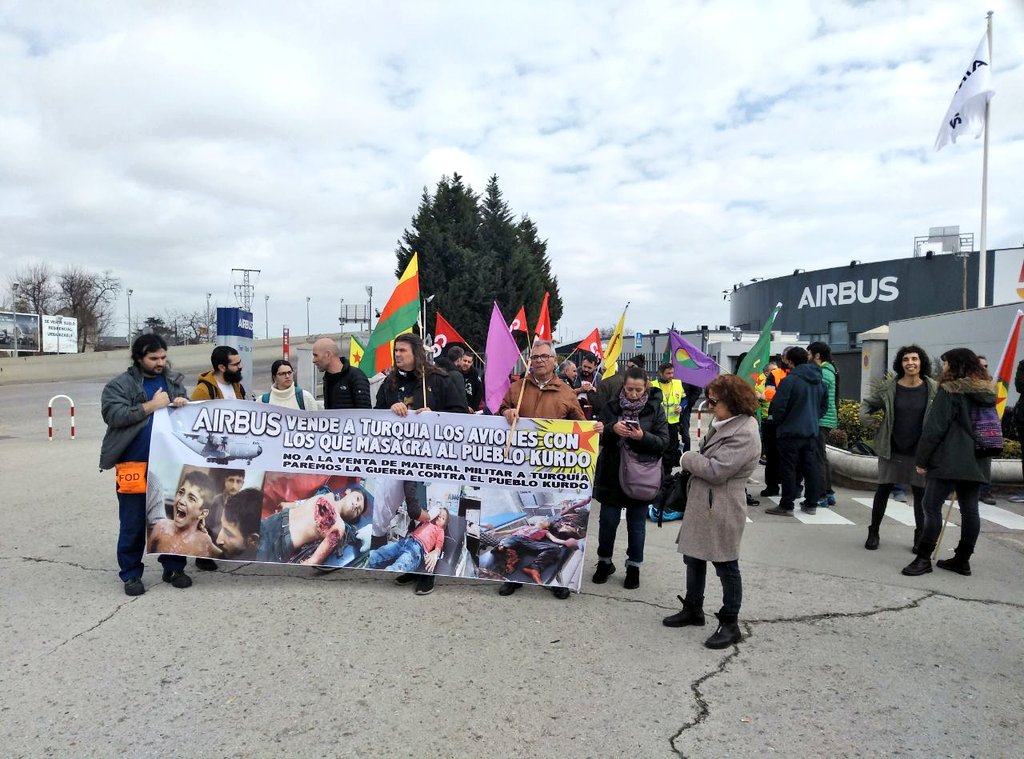 Activists in the Spanish city of Getafe held a protest outside their local Airbus factory earlier this month. They protested the company’s links to the Turkish invasion of Northern Syria.

Airbus manufactures transport planes used by the Turkish military in their illegal war against Kurds and others in Northern Syria.