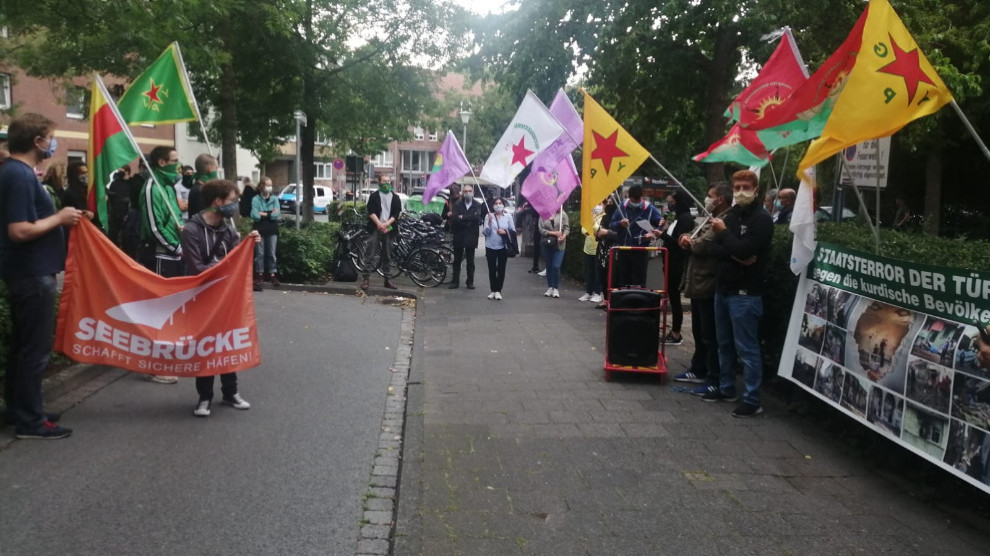 Protests were sparked by the arrival of the Turkish Foreign Minister Mevlüt Çavuşoglu and the Minister of Tourism Nuri Ersoy in Germany. The talks held between the Turkish ministers and the German government in Berlin have been seen as an attempt to revitalise German tourism in Turkey.

Turkish tourism has been badly hit by Covid-19 with the regime’s poor handling of the pandemic making holidays to Turkey unsafe as well as unethical.

In Münster, activists held a rally to protest the recent state visit, as well as the trade agreements between the German state and Turkey, with an action they organized in front of the Turkish consulate in Münster.

Protesters in Berlin, lead by Kurdish community groups and women’s groups, also took action against the links between Germany and the Turkish regime. A joint statement by the protest’s organisers highlighted the role that German tourism played in financing Turkish war crimes. At the rally, “Murderer Erdogan” and “Germany finances, Erdogan bombs” were repeatedly chanted.