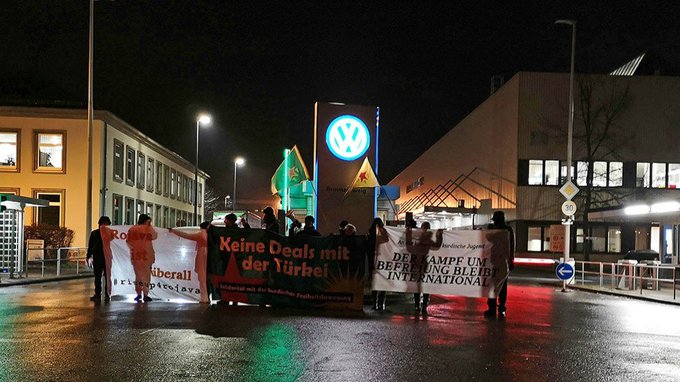 Protesters in Braunschweig Germany took action against Volkswagen and the company’s links to Turkey. On the 7th of January activists blocked the entrance to VW’s facilities in the city calling on the company to respect the international boycott of the Turkish state.

Volkswagen is currently considering building a large-scale factory in Turkey which would represent a major boon for the Turkish state. The coming months before this decision is finalised then are likely to see more protests against the company.

The action comes after Volkswagen workers and their unions vowed to block the company’s expansion into Turkey.