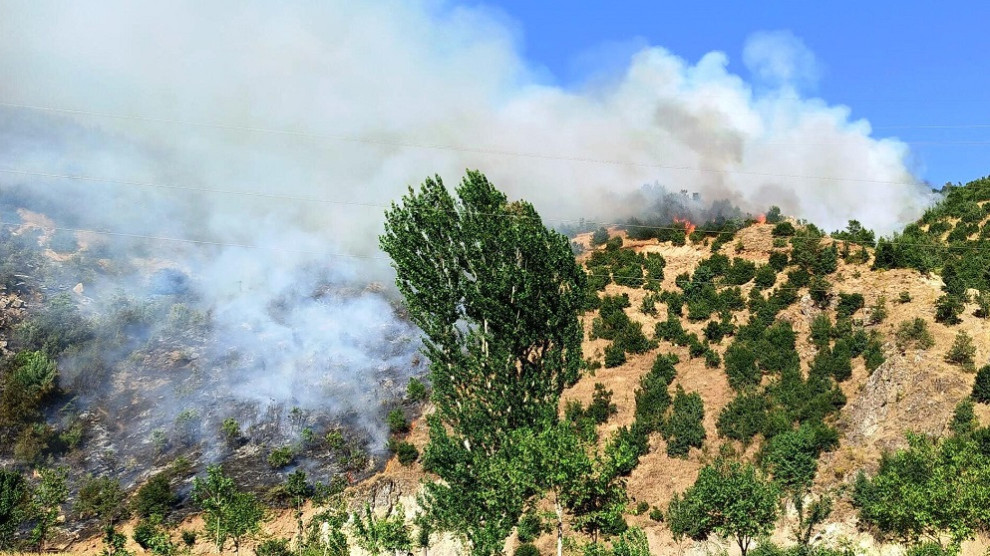 Earlier this month, as part of military operations in Bitlis, Turkish forced burned thousands of acres of local forests to the ground. Locals estimate that almost 90% of the forest was destroyed by the fires.

The fires are part of a military operation launched against 24 villages in the majority Kurdish region of Bitlis. This is not the first time that Turkish forces have used ecological destruction as a weapon in their war against the Kurds. Fires have been a common occurrence in other regions such as; Hizan, Mutki and Tatvan.

Meanwhile, the construction of the Ilisu Dam earlier this year flooded the historic town of Hasankeyf and greatly reduced access to water for communities downriver in Iraq and Syria. The deliberate use of ecological destruction shows just how far Turkey’s dictatorship is willing to go in its attacks on the freedoms of Kurdish and Turkish peoples.

To stand in solidarity with those affected and help protect the environment, we must continue to boycott institutions, corporations and others who continue to finance, supply and support the murderous regime in Ankara.