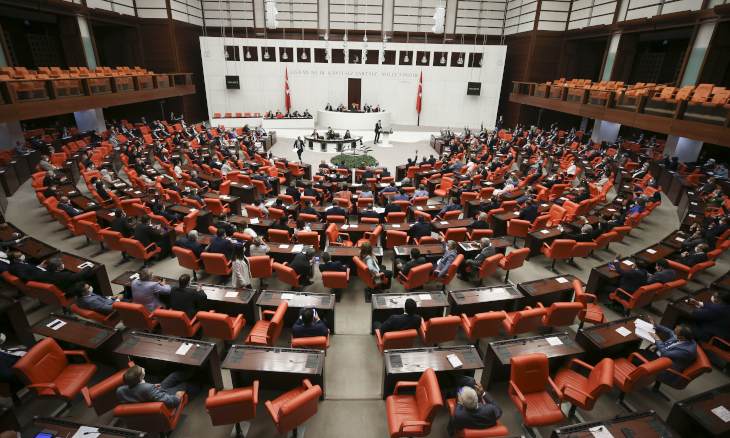 This Wednesday the Turkish parliament ratified a bill, proposed by the AKP-MHP regime, that will give the state greater powers to restrict social media. The legislation comes as the Erdoğan government faces growing protests both online and in the streets.

With the amendment, social media companies with more than one million users must appoint a legal representative in Turkey to address the authorities’ concerns over content and includes deadlines for its removal.

Companies could face fines, blocked advertisements or have their bandwidth slashed by up to 90 percent, essentially blocking access.

Social network providers would have 48 hours to respond to orders to remove offensive content, according to a report by Ahval news. Companies who fail to remove content could face fines between 1 million to 10 million lira (£109,175 – £1,091,350).

According to Twitter, second was second globally in Twitter-related court orders in the first six months of 2019. The news comes after the company took significant action against a network of pro-regime accounts thought to be coordinated by the Turkish state.

This new law represents increased state censorship at a time when access to non-state media has already come under fire. After the failed coup in 2016 the regime took measures to shut down opposition media outlets (including many not implicated in the coup); or place them under state control.

Since 2016, 150 media outlets have been shut down in Turkey and hundreds of journalists have been imprisoned. Many in Turkey have turned to smaller outlets, online media and social media for their news as the state’s crackdown has intensified.

Although the state claims the new law will protect freedom of speech and stop ‘disinformation’, many in Turkey do not agree. One lecturer in law at the Istanbul Bilgi University said, “From now on, the content of the opposition news websites will be targetted in the first phase, and all news that the government and politicians do not like retrospectively will be deleted and the past will be cleared. That’s the goal, not to protect citizens.”

Similarly, civil society groups around the world have criticised the legislation. According to Irish human rights organisation Front Line Defenders “the law boosts censorship and the silencing of dissent.”

The law is clearly part of a long-running campaign to silence all opposition to the AKP-MHP government. We must continue to push for a boycott of the Turkish state which deprives millions of people’s basic democratic rights.